A British expat's guide to living in Turkey

Turkey is an increasingly popular destination for British emigrants, thanks to its appealing climate and beaches and growing economy. Some of the most popular regions such as Didim have developed a distinctly British cultural flavour thanks to the prominence of the expat community. If you are thinking of making a move to Turkey, there are a few things you may want to make sure you know, understand, and consider.

Turkey has a reputation as a laid-back county where anything goes within reason, but recent reforms have made this view somewhat inaccurate with increased use of surveillance systems, a ban on indoor smoking, and changes to driving and traffic laws. Indeed, reforms continue to roll in with the last couple of years seeing changes to residency processes, driving licenses, and health insurance requirements.

When planning a move to Turkey, it is important to make sure you are up-to-date on the latest developments, especially those that have a direct bearing on residence or day-to-day living in the country. Be prepared for a lot of red tape as well – even simple things like utility connections can take a while to iron out.

One thing British expats in Turkey will notice with delight is that in many areas (though not all) high living standards come at much lower costs than they would in the UK. Although Turkey's cost of living has risen a bit in recent years, it still remains much lower than in Britain. The same is true of property prices, meaning that British expats can generally buy more spacious, higher-quality, better-located properties than they could have obtained back home without spending a lot more. The areas where this does not apply tend to be the major cities, but on the bright side these low living costs do hold true in many of the most attractive coastal areas.

However, there are some costs to consider that rarely apply or don't exist at all in the UK, making it easy for Britons to overlook them. These include the cost of health insurance (which is compulsory) and the fees associated with residency permits. Those who purchase properties that are part of a complex must also, by law, pay ongoing site maintenance fees.

If you choose a popular expat area, you will have plenty of social opportunities. In some areas expats are predominantly British; while in others the nationalities are more mixed. These are also the areas where the language barrier is unlikely to be more than a minor inconvenience, as many of the locals will speak good English.

Work and income in Turkey

Although Turkey has loosened up its laws on foreign workers, you will still need to obtain a working permit before you can legally get a job there. Minimum wage in Turkey is low, and many jobs lack the benefits which are common or standard in the UK. If you are moving over to Turkey to work, make sure you consider all of this carefully.

Those with incomes from overseas such as pensions fare well when exchange rates between the pound and the Turkish lira are strong, but like all exchange rates this is variable. Savings accounts in Turkey do provide a nice supplementary income, as the average interest rate is little short of astronomical compared to the UK's current crop. 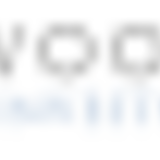 Hopwood House are property investment specialists with a large portfolio of investment opportunities in exotic locations around the world, including the UK, the US, Italy, Spain, Thailand, Egypt and many others. Hopwood House have been helping investors find attractive property investments for over 10 years and have a network of agents in many countries who can offer professional investment advice and a first class personal service.