Dubai is considered a modern and progressive emirate, but expats must remember that it is, nonetheless, an Islamic country, where Sharia Law is applicable. Also, expats need to be mindful that in certain areas (by western standards), local law in Dubai is very conservative and police statements and legal proceeding take place entirely in Arabic - all of which is confusing and intimidating if you are among the majority that doesn't speak the language.

Additionally, even if you are accused of something quite minor, you will often have to stay in jail until at least the first hearing, which, according to official figures from Dubai Courts, was 23 days in 2010.

So to ensure you have a trouble-free stay in Dubai, it’s a good idea to have a broad understanding of the areas where the differences are most significant. With a little knowledge and some common sense, you can have a great time in Dubai and stay on the right side of the law.

Despite its reputation as a place to come and party, it’s easy to forget that Dubai does have fairly strict laws on alcohol. In the main, it’s okay to drink in places that have an alcohol licence, which is limited to 4- and 5-star hotels, their restaurants and bars. Once you’re inside you can pretty much get as tanked up as you like, but you should remember that drunken behaviour in public places is not tolerated, and any alcohol-fuelled oceanside shenanigans after a boozy brunch will land you in jail quicker than you can say ‘Sex on the Beach’.

There are off-licences in Dubai which sell liquor, usually attached to large shopping centres on the outskirts of town, but to buy alcohol from these shops you'll need a licence which needs to be renewed annually. The same applies to keeping alcohol in the house and even transporting alcohol; your licence permits you to do both, but doing either without one is technically illegal. Getting a licence is pretty straightforward, so best advice is to get one and avoid the risk.

Drunk driving in Dubai is strictly illegal and not tolerated under any circumstance.

Laws about co-habitating in Dubai

Living with a member of the opposite sex, to whom you are not related, nor married, is against the law and comes with a minimum jail sentence of one year, followed by deportation. The same applies to having sex with someone you are not married to. The strict interpretation of this varies from emirate to emirate and from judge to judge, and while the police don’t go looking for unmarried couples, if they find them they will prosecute. Strictly speaking sharing a hotel room with your boyfriend or girlfriend is illegal, though most establishments practice a ‘don’t ask, don’t tell’ policy; meaning, hotels won’t ask you if you are married to the person you are checking-in with.

Limited displays of affection are fine, as long as it’s confined to holding hands and a peck on the cheek. Passionate kissing and touching is not only frowned upon, it’s illegal, so expats should keep it tasteful until behind closed doors. If you’re on a date with an unmarried member of the opposite sex, the safest thing to share in public is a dessert; anything else is best exchanged beyond the public eye.

Being respectful is not only important in Dubai, being disrespectful is against the law. Something seemingly trivial like giving ‘the finger’ to someone who just cut you off in traffic, can not only land you in hot water, it can also land you in jail for 30 days. Avoid using foul language, spitting and making antagonising gestures. You will usually be ‘guilty until proven innocent’, so even in frustrating situations, it’s best to keep your temper tempered, especially when dealing with authority figures (like the police).

You can drive with an international licence if visiting Dubai, but as a resident you need to get a Dubai Driving Licence. Many nationalities don’t need to go through any testing prior to getting a licence, but some citizens from some countries where the driving standards are less...um, developed, will need to go though driver training and a test.  That said, the standard of driving in Dubai can be appalling and you need to keep your wits about you at all times, as basic things like lane discipline, is often lacking. That said, speeding, double parking and performing dangerous manoeuvres are all against the law and will get you a fine. Offences deemed more serious attract ‘black points’ which accumulate over the course of a year and can also result in the confiscation of your car.

When organising things like loans and credit cards you will typically have to leave what is known locally as a PDC (Post Dated Cheque). In addition to acting as security in-case you decide to skip payments or skip the country, this method of payment is often used to finance monthly rental fees and car leases.

Cheques are treated as cash in Dubai, so bouncing a cheque is illegal and can land you in jail, if the bank decides to press charges. It follows, that even expats who normally have trouble balancing the budget will need to take a renewed interest in managing their money. Also, when the time comes for you to leave Dubai, it’s important to make sure all your financial commitments are settled. While a bounced cheque may not stop you from leaving the country, it does warrant arrest if you try and re-enter.

Expats unfamiliar with life in an Islamic country, may find Ramadan a time of much confusion and consternation. Non-Muslims are not required to fast during Ramadan, but neither are they allowed to eat or drink in public between sunrise and sunset. Some cafés and restaurants are allowed to discretely stay open during daylight hours in Ramadan, so as long as you know where these are, you can still satisfy your daily coffee and muffin fix.

►Read the Dubai Country Guide for more information about living and working in the emirate. 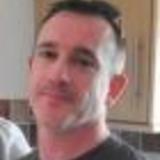 Colin Harrison comes from the UK was born and brought up in the North West of England. He has lived and worked overseas for a number of years, and has been in the Middle East for
nearly 4 years, initially in Bahrain, now in Dubai. He is 40-something, married with children.