What's On in Guangzhou

The city's history means that annual events in Guangzhou are often not only for entertainment, but serve a purpose to celebrate traditions while delivering some sort of value-based teaching to the younger generation.

Festivals in Guangzhou are characterised by enormous preparation. Often, people from different religious, geographical and social backgrounds come together under a common cause to ensure that the festival runs smoothly. Cultural events in Guangzhou are full of colour and life and are an important part of the city’s heartbeat.

Better known to Westerners as the Chinese New Year, the Spring Festival is the most important traditional festival in China and is celebrated in parks and city streets across the country. Traditionally, the event is enjoyed by eating a New Year feast, setting off firecrackers, hanging red lanterns and visiting relatives. In Guangzhou, the Pearl River is lit up with magnificent fireworks displays and revellers feast on local cuisine.

The Spring Festival Flower Market dates back to the Ming dynasty and is one of the city’s best known cultural events. A manifestation of time-honoured tradition and an integral part of the city’s Spring Festival celebrations, those in attendance get a chance to see the best in Cantonese flower arrangement. The flower market is a perfect way of getting immersed in the city’s culture.

Taking place on the fifth day of the fifth lunar month, the Guangzhou International Dragon Boat Race is another annual event focused on the Pearl River, and celebrates the Duanwu Festival. While dragon boating was popular during the Ming and Qing dynasties, the modern form of the city’s celebrations was officially declared in 1994. Since then, participants from all over the world have participated in the race between the Haiyin and Guangzhou bridges. There are, however, dragon boat races all over the city as residents and visitors race for the honour of victory.

Tourists flood the street’s of the city’s Panyu District every August to take in the sights, tastes and sounds of the Guangzhou Lotus Festival. Visitors get to enjoy a variety of entertainment as they view fine lotus specimens and taste food made from lotuses harvested in the districts many ponds and rivers.

On the 15th day of the eighth lunar month every year, Guangzhou residents pay tribute to the moon as a symbol of family ties. People take a seat all over the city to sit and appreciate the moon or have family dinner while eating a variety of local foods such as moon cakes and shaddocks. A great way to enjoy this celebration is on a romantic Pearl River cruise or from the top of Baiyun mountain on the outskirts of the city.

Held every year since 1997, the Guangzhou International Gourmet Festival is a sensory affair that combines fine food, tourism and entertainment into a single experience. One of the biggest annual events in the city, it showcases the best of Guangzhou’s world-renowned cuisine and allows experts, foreigners and locals to interact and exchange recipes and ideas.

Winter in the Liuxi River National Forest Park is characterised by the largest area of peach blossom trees in Southeast Asia bursting into a lively display of colours. A striking contrast to the snowy mountains and the winter cold, thousands of local and international tourists flock to see one of the country’s most unique natural wonders. Visitors can also take part in photography competitions or enjoy the folk art performances that accompany the festival.

►Healthcare in Guangzhou gives a list of hospitals in the city

Are you an expat living in Guangzhou?

Expat Arrivals is looking for locals to contribute to this guide, and answer forum questions from others planning their move to Guangzhou. Please contact us if you'd like to contribute. 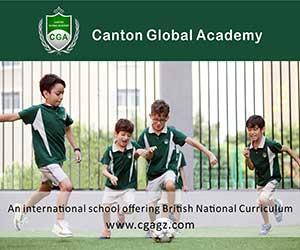