Expats will undoubtedly experience some degree of culture shock in Mexico. This North American country’s rich and varied way of life can seem mysterious at first, and the frustrations that come from the challenges of adaptation are often compounded for those who don’t understand Spanish, the country’s official language.

It may be all too easy for expats to become overly judgmental and angry at customs and practices that seem incredibly foreign to them, but which are completely natural to Mexicans.

Studying some of the nuances of the culture can make the first few months in Mexico not only more tolerable, but enjoyable. Learning to laugh at and accept certain realities are two crucial behaviours that can help ease culture shock in Mexico.

For the most part, despite some initial 'ruffled feathers', most expats are won over by the warmth of Mexican culture. Not to mention, with a low cost of living, many expats will find their lifestyle considerably easier in Mexico. With enough income, it’s easy to overlook any differences that might initially be culturally difficult to stomach.

The laid-back, lazy pace that makes Mexico an ideal vacation spot also makes it an infuriating place to tackle the simple tasks demanded by relocation.

It can take forever to complete errands that may otherwise be perceived by a newcomer as extraordinarily easy, and it is frequently impossible to work to a rigid schedule.

The excuses for delays may be many, and would often not be acceptable in an expat’s home country.

Mexico is a Spanish-speaking country, and although some Mexicans, especially in the cities and tourist-hubs, speak English, many do not. That being said, many expats living in Mexico get on fine only knowing a few key Spanish words, though these foreigners usually surround themselves with other English-speaking expats.

However, when looking for employment in Mexico, knowing the language is usually essential. Another benefit of knowing Spanish is being able to understand prices and basic instructions on packaging. Even the most basic language course will go a long way in allowing expats to fit in and feel a part of society.

Meeting and greeting in Mexico

Expats in Mexico will quickly notice that most Mexicans, both friends and casual acquaintances, kiss each other on the cheek in greeting. For foreigners, trying to figure out when to engage in this charming custom can be confusing, especially when someone leans towards someone expecting them to kiss back.

Even expats who are familiar with kissing in other cultures may find that Mexican cheek kissing has its own set of rules.

When dining at a restaurant, it isn't unusual for complete strangers to say 'provecho' (enjoy your meal) to others at a table, as they leave the restaurant. This open, friendly communication is common in Mexico and is an excellent example of a culture that is incredibly polite and congenial.

Expats should remember that in this situation, and generally when at a loss as to what to say, replying with 'gracias' (thank you) is always an appropriate response.

Mexicans, as a rule, are deeply tolerant of other religions and lifestyles, and it’s not uncommon for locals to belong to more than one church. As a result, expats living in Mexico have the freedom to celebrate and embrace their faith without fear of reprisal from others.

Nevertheless, it is predominantly a Catholic culture, a truth evidenced by the sheer number of local holidays, fiestas, pieces of artwork, popular songs, nativity scenes and altars on government property which celebrate Catholicism.

Religious festivities are many, and everyone can enjoy the happenings along with the rest of Mexico without fear of exclusion. In fact, joining in can better help expats familiarise themselves with Mexican culture. Expats should note that these festivities can often cause inconveniences and traffic jams.

In surprising similarity to many Asian cultures, when Mexicans communicate they make an extended effort to be polite and not disappoint. It is common to be told that things are possible when they are not, that something will happen which never does, and to be given an answer even when one is unknown. This is why almost every expat has had the experience of asking for directions only to receive a set of wrong instructions.

If the truth is unappealing, Mexicans will still provide an affirmative response and then may fail to deliver. In terms of business communication, prices for projects often escalate after an original quote has been given because the actual cost of the project was too unappealing to initially provide.

While this is less of a problem with Mexicans who have lived in the United States or are accustomed to doing business with foreigners, exasperated expats should be wary of "yes" answers that come too quickly, and should get multiple opinions on matters of importance.

Mexico is a country of paperwork. When opening a bank account, buying property or sorting out any legality, the sheer number of documents and signatures required can feel overwhelming and senseless.

It’s essential that expats save every piece of paperwork they receive because they will inevitably be asked to produce it at some point down the line. Furthermore, paperwork must include an official "stamp" or else it isn't legal in most cases.

Few expats can avoid complaining, but at least they are in good company; the average Mexican on the street is equally as frustrated.

Family is of the utmost importance in Mexican culture, and family obligations often take precedence over work responsibility. Families can seem confusing in their extended complexity, and it is common for them all to live together.

At some point, expats may feel excluded by the sheer size and closeness of Mexican families. They love to be together, and even call their friends 'hermanos' (brothers) and 'hermanitas' (sisters) in affection, making it difficult to figure out who is actually related.

Children in Mexico are loved and adored and appear to have no restrictions put on their behaviour, especially boys.

It is common for young lovers to move in with their in-laws, and 'marry' in name, having children at a young age. To many Mexicans, it’s odd that when someone marries in other cultures, they move out of the house to get away from their parents.

This is one of the best things about Mexican culture. If expats have a problem with their car, if they are lost or just need help, someone will come to their aid. Mexicans seem unable to say no to someone in distress, and sooner or later, expats will be the happy recipients of this behaviour.

On the other hand, this same attitude may be a cause of lengthy delays. For example, if someone’s car breaks down, a complete stranger may stop everything they are doing to help, and even request friends come to assist. However, when someone goes to fetch their car from the mechanic, it may not be ready due to the mechanic being busy assisting others in need.

Like other parts of Mexican culture, accepting this without frustration will go a long way.

Are you an expat living in Mexico?

Expat Arrivals is looking for locals to contribute to this guide, and answer forum questions from others planning their move to Mexico. Please contact us if you'd like to contribute. 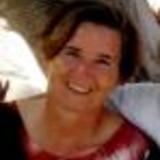 Marcia graduated with a BFA in painting, and began her career drawing animated Saturday morning cartoons for Marvel Comics.  After eight years, she moved to the computer industry, designing computer games. As that industry evolved with the advent of the internet, Marcia moved to designing and producing software for businesses.  Every year, the computer industry became more and more stressful, and she and her husband, Kim, spent more time in Mexico in out of the way places where they couldn't be reached by nagging CFO's. Eventually, they purchased a small piece of jungle-covered beach in Southern Quintana Roo. That piece of beach became Mayan Beach Garden Inn, where Marcia and Kim are now permanent residents.