Expats will find that culture in modern-day Kyrgyzstan is heavily influenced by its proximity and historical ties to Russia. Everything from language and clothing, to the music played in buses and nightclubs bears Soviet influence.

Many new arrivals will find the mixture of unfamiliar Kyrgyz and Russian traditions and habits strange. The former Soviet Union was isolated for many years and as a result, there are very few expats who will have encountered local behaviour. It follows that foreigners often experience a large degree of culture shock in Kyrgyzstan.

Dress for the elements, but always keep a sense of style. Kyrgyzstan counters pleasant, dry summers with what can be unforgiving, murky winters. Nevertheless, Kyrgyz people always try to look their best, aptly shown through their hairstyles and footwear.

Women often wear heels, and sneakers and flats are rare in Kyrgyzstan’s bigger cities. For men, the prevailing clothing style is sleek and black. Despite the majority Muslim population, many stylish young women find ways to flaunt short skirts and tight dresses all year.

One tip to remember is that wearing dirty shoes or any piece of clothing that is past its prime (no matter how comfortable or practical) may attract stares.

Traditional Kyrgyz hats usually make their way into daily dress more so than any other piece of clothing. Especially in winter, people don the square, fur-covered Russian-style ushanka or men wear the pointed, felt kalpak adorned with looping symbols.

Kyrgyz is a Turkic language related to Kazakh and Uzbek. It shares the Cyrillic script with Russian but has three extra letters that reflect unique Kyrgyz sounds.

Kyrgyz is making a comeback as the country’s administrative language, although there are many in the younger generation who only speak Russian. Due to the many ethnic groups who found themselves within Kyrgyzstan’s borders following the break-up of the Soviet Union, pockets of Uzbek, Tajik, German, Korean, Chinese, and other speakers. can be found scattered throughout the country.

English speakers can be hard to come by in Kyrgyzstan, but much more so outside of large cities or tourist destinations. The ability to read Cyrillic is a must for any expat, and knowing basic survival phrases in Russian can save everybody a few headaches. Luckily, it is inexpensive to study Russian (or Kyrgyz) and there are plenty of eager speaking partners looking for English lessons. As English has become a required subject in Kyrgyz schools, younger Kyrgyz may be able to communicate in basic phrases.

Etiquette and customs in Kyrgyzstan

Kyrgyz people are generally very warm and inviting, so it's likely expats will one day find themselves invited to a traditional Kyrgyz dinner. Guests should take a small gift (alcohol or sweets work well) and be sure to remove their shoes at the door. Eating and drinking are taken very seriously and guests at a Kyrgyz dinner will be overwhelmed with food.

Toasts are made frequently, usually with vodka. Men are expected to take part in every toast they are offered; women can sometimes politely decline alcohol, but otherwise, are expected to keep up with every toast. It is common that if a bottle of vodka is opened, it must be finished in one sitting.

Bribes are an unfortunate custom in Kyrgyzstan. Policemen sometimes stop foreigners to check their passport and visa and may threaten those caught without them with a trip to the police station before requesting a small payoff. Taxi drivers sometimes try to charge foreigners more and bureaucratic tasks have been known to be facilitated with a few bills.

Kyrgyz cuisine can be tricky to become accustomed to. Many dishes are heavy on meat and animal fat (usually mutton), and a variety of vegetables can be tough to find in winter. Kyrgyz delicacies include horse sausage, besh barmak (boiled mutton with noodles and broth), and kumys, Kyrgyzstan’s national drink made from fermented mare’s milk. Many expats consider kumys to be an acquired taste.

It is not unusual for a Kyrgyz person to arrive late to a meeting, and it should not be seen as an insult nor should expats allow it to blemish their perception of the person's work ethic. Try not to plan meetings too far in advance, as it will inevitably be rescheduled at least once or twice.

When meeting any Kyrgyz person (even outside of a business environment), it is normal that all men will shake hands. Women sometimes offer to shake hands with men, but it is not typical and should not be taken personally if a woman doesn't extend her hand.

There are many public holidays in Kyrgyzstan that expats should be aware of. Many of them are Soviet holidays that other former USSR countries no longer recognise. Others include Islamic festivals like Ramadan (celebrated with copious drinking), Nowruz (the Zoroastrian New Year) and the Orthodox New Year.

►See Accommodation in Kyrgyzstan for info on finding housing 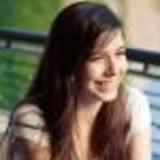