Keeping in Touch in China

China has a sophisticated communications and telephone infrastructure and keeping in touch with friends and family will be easy. Landline telephone calls are free, and the internet is fast and affordable, but it's essential to know about some of the peculiarities of living in China before making the move.

In major cities such as Beijing, internet access is widely available through home connections, internet cafés and free WiFi at many hotels, airports, restaurants and cafes.

Home users can choose between 4G connections or DSL connections through one of the three largest internet providers in China, which are Alibaba, Baidu and Tencent. There are plans to have all major cities equipped with 5G connectivity by 2020 and leading Chinese smartphone makers are already starting to release phone models with 5G capabilities.

Anyone can take out an internet subscription by visiting one of a China Mobile, China Telecom or China Unicom outlet. Alternatively, ask a Chinese-speaking colleague to call the provider's office and schedule a home visit. The technician will need to see your passport and Chinese bank card. Installation is generally fast, although the price will depend on the location, broadband speed and the duration of the contract.

Chinese media infrastructure and telecommunications are largely controlled by three state-run enterprises – China Mobile, China Telecom and China Unicom. The result is that censorship is a reality, and expats may not be able to access services that they have taken for granted back home such as Gmail, Skype, YouTube, Facebook and Twitter. Expats will need to download VPN software if they want to access these sites, and if they'd like to watch streaming services like Netflix or BBC iPlayer.

While Facebook, WhatsApp and Instagram might be all the rage in the US, UK and other Western countries, China's most popular instant messaging app is WeChat. It's similar to WhatsApp, but can also be used to make payments. With over 1 billion users, having WeChat app is essential if you want to communicate with other expats in China. Businesses often use it for internal communication too.

China Mobile, China Telecom and China Unicom are also the biggest mobile phone operators in the country. Long-term contracts are a rarity and the majority of new arrivals get a pay-as-you-go package. Applicants will need to supply their passport and visa in order to buy a SIM card.

Some mobile packages are designed for specific cities. For instance, a Beijing SIM card might charge less for calls inside the city. Some packages may also charge for receiving calls, so it is important that expats make sure they understand the package they are applying for.

China’s state telecoms providers are also the main landline telephone providers. Expats who sign up for a DSL connection with one of the three companies may also get a free landline connection, and having a landline and an internet connection installed at the same time is a common practice. Local landline-to-landline calls are usually free.

English-language media in China is easily accessible, if limited. The CCTV news channel provides around the clock coverage in English and is known to be more liberal than most Chinese channels.

There are also several options in print media such as China Daily and China Times, as well as regional newspapers such as Shanghai Daily.

Expats will need a VPN network to be able to access Western newspaper websites.

Are you an expat living in China?

Expat Arrivals is looking for locals to contribute to this guide, and answer forum questions from others planning their move to China. Please contact us if you'd like to contribute. 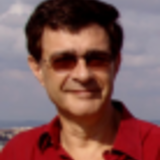 Brian Salter is a journalist and author who also undertakes presentation, training and voiceover work. Brian has written for numerous magazines and newspapers and has to date written 30 books, some of which have been translated into as many as eight other languages. In July 2011 he moved to Beijing, China, where he works as a journalist and broadcaster, gives lectures, and continues to write books.