Pros and Cons of Moving to Abu Dhabi

As with any of the world's cities, life in Abu Dhabi is a mix of swings and roundabouts, peaks and troughs, ups and downs. In the end though, the pros to living in and relocating to Abu Dhabi far outweigh the cons.

Relocation to any destination has its disadvantages and advantages, and expats will find that Abu Dhabi is no different. The better prepared a person is for the less appealing aspects of life abroad, the more successfully they’ll be able to adapt. The good news is that Abu Dhabi is one of the expat destinations where the good outweighs the bad.

+ PRO: A mix of cultures

Abu Dhabi is home to people from all different nationalities, each contributing to the jumble of languages and dress, not to mention food and talents. Navigating the mix and mayhem can be one of the best things about living in the capital of the United Arab Emirates (UAE).

- CON: A mix of cultures

With all those nationalities and different languages, comes communication problems and culture shock. A relaxed attitude and empathy can help equip an expat to navigate their way through setting up life in Abu Dhabi.

Developed, then redeveloped to host adjacent activities for the Formula One in Abu Dhabi, this stretch of fine white sandy beaches adjacent to the Gulf is one of the best parts of the city. With Al Mina Port on one end and Emirates Palace and Marina Mall on the other, this is the place to be on the weekend. Loved by fitness fanatics, families and swimmers, there are stretches of boardwalk, beaches dedicated to families, showers and washroom facilities, not to mention a host of new shops and cafés, many with beachside tables. Bicycles can be rented by the hour. On the weekends there are frequent art displays and events for children, including puppet shows. And there is almost always sunshine.

Though rent in Abu Dhabi has been astronomical in the past few years, it's starting to become more of a tenant's market. Still, expats should expect to pay a large portion of their salary for a modest one-bedroom apartment in a less than exclusive area. Villas with pools are out of most people's budgets altogether, but are still sought after.

Many people are moving to neighbouring Dubai, where the high-rises cost less and are complete with fitness centres, parking and outdoor pools; but that 90-minute, twice-daily commute down Sheikh Zayed Road is a considerable obstacle.

- CON: It will be hard to describe where one lives

Street addresses in Abu Dhabi can be confusing. Although the city is divided into different zones and sectors, with streets in each sector numbered, everyone generally still relies on a system of landmarks to explain their address. Many people have their mail delivered to their office, but that still leaves food, furniture, guests and a host of other items that need to get to one's home. It is best to figure out a good way to describe where one lives as soon as possible.

Some of the most breathtaking and interesting locations in the world are less than a four-hour flight away: Addis Ababa, the capital of Ethiopia; destinations throughout the Middle East; much of India, Nepal and Sri Lanka; Turkey; Greece; and so much more. People take a lot of vacations here, particularly during the hot summer months.

+ PRO: A wealth of hospitality options

Abu Dhabi is expanding at breakneck speed. New five-star hotels – and with them a variety of tasty and trendy eateries – are opening all the time, and not just downtown. Yas Island and the area by the Shangri-la Hotel near the Grand Mosque are exploding with new restaurant, bar and nightclub options.

Abu Dhabi offers a mind-boggling range of cuisine at restaurants at extremely reasonable prices. Pakistani, Indian, Lebanese, Nepalese, Vietnamese, Chinese and Ethiopian are just a few of the national foods on offer. Take-out food is also much less expensive than elsewhere in the world; a network of drivers on motorcycles will rush to get the food delivered to one's door.

+ PRO: An emerging scene for culture and entertainment

There are a host of incredible new cultural attractions emerging in Abu Dhabi. Saayidat Island has undergone massive transformations to become a world-class cultural and entertainment hub.

Emirates Palace regularly hosts compelling exhibits and a brilliant series of classical performances, the Abu Dhabi Tourism and Culture Authority brings in interesting entertainment from around the world. The F1 has made Abu Dhabi a circuit stop, and big concerts and other exciting events are always on the agenda.

From reporting a car accident to getting internet access to hooking up electricity, the way things work – or don't – in Abu Dhabi can be incomprehensible to an outsider. Again, patience is required.

In the end, after all the annoyances and differences are factored in, the weather and the lifestyle – and ability to save money – are what draws people to the UAE and keeps them here, many long after they had planned to leave.

Women who move to Abu Dhabi from the West will find themselves receiving attention, even if they dress modestly. Some women get used to this attention, others continue to complain and feel violated.

There are definitely more men than woman in this country – blame the male-dominated oil and gas industry, for starters – and men who move here often complain that it is hard to meet women. This can be particularly true for those working for government companies and who mainly socialise with Emiratis. That said, expats working in private ventures will find themselves outnumbering the ladies too. Joining one of the many expat organisations, gyms and social clubs can help.

Getting around Abu Dhabi

A standard taxi fare is relatively cheap, making getting around easy and accessible.

People have streamed into Abu Dhabi for decades now – and continue to arrive every day – and the infrastructure has not been able to keep up. Massive roadworks projects are attempting to ease the flow of traffic, but they are either just finishing or midway through.

The worst of it is in morning rush hour and when school lets out. Abu Dhabi's large grid system of multi-lane roads, U-turns, crowded back streets and a preponderance of aggressive, horn-honking, light-flashing drivers further contribute to tough driving conditions.

The closer to downtown and the Corniche, the worse it is. Many people move out to less congested areas, such as Khalifa City off the island, and the developments out by the Shangri-la Hotel and Qaryat al Beri complex in Musharif.

►Learn more about adjusting to life in the emirate in Culture Shock in the United Arab Emirates. 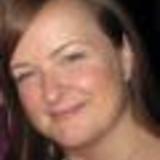 I am a Canadian journalist working in Abu Dhabi, UAE. I came here two years ago to help set up a new English newspaper. Before that I worked in Ottawa, Canada's capital, as a columnist and blogger for Sun Media.