Many expats don’t know what to expect before they arrive in China, and it isn't unusual to experience some level of culture shock. The country is famed for its unique culture, and expats will have no shortage of new things to explore and learn about. That being said, China's fast development is likely to make the adjustment more comfortable for most new arrivals.

Meeting and greeting in China

When it comes to greeting, people usually say “ni hao”, which means “hi”. If they want to show extra respect, they use the phrase “nin hao”. Expats should keep in mind that Chinese people don't usually shake hands as this isn't part of their greeting ritual, although they may greet a foreigner with a handshake to show an understanding of Western culture. Chinese people are generally friendly and very hospitable.

The language barrier in China can be a big challenge for expats. There are a few reasons for this. Apart from Chinese Mandarin, which is the country’s official language, hundreds of other dialects exist. Learning Chinese Mandarin is hard enough, but in some rural areas, and especially the older generation, people can't even speak Mandarin.

The second reason is that even though young people learn English nowadays, the education system doesn't give them many opportunities to use it. This means that while many people can understand easy phrases, they're often quite shy when it comes to speaking.

People generally don’t bother translating things into English outside of the big cities, where the biggest numbers of foreigners are found. As such, it's a good idea for expats to learn a few useful phrases in Chinese before arriving in the country.

There's only one official time zone in China: GMT+8, which is also called Beijing Time. In reality, China stretches over several time zones and in some provinces far away from Beijing two versions of time are said to exist. One is the official one and the second is the local one.

Urban Chinese people are generally punctual, although huge traffic jams and conditions on the road are often difficult to predict and expats should keep this in mind when making appointments. On the other hand, time is much more flexible in smaller cities and rural areas. For example, people won’t say, “Let’s meet at 6pm". Instead, they will often arrange, more flexibly, to meet in the evening.

Religion isn't very popular in China and it's more common to find religious people in rural areas than in the cities. Those who are religious are mostly Buddhist or Muslim, although there are small groups of Christians in bigger cities. Although Chinese society is not very religious, many locals go to Buddhist temples to pray for the happiness of their families during celebrations such as the Spring Festival.

Although perceptions of a woman’s role in society have changed, an ancient concept still exists in many Chinese minds. Today women play a significant role in the management of Chinese companies, but they're also still usually expected to fulfil traditional roles when it comes to the home and children.

Expats may come across certain behaviours in China which would be considered rude in their own home countries. This is particularly true of social pleasantries like 'please', 'thank you' and 'excuse me', which are not used nearly as frequently in Chinese societies as they are in many Western societies.

These behaviours may seem impolite to foreigners but are generally not considered rude in the local culture. While China's unique form of politeness may take some time to get used to, expats should keep this cultural difference in mind and try to avoid being offended by local customs.

Cultural dos and don’ts in China

Chinese culture is so diverse that only the most essential and crucial cultural dos and don'ts are listed below.

Are you an expat living in China?

Expat Arrivals is looking for locals to contribute to this guide, and answer forum questions from others planning their move to China. Please contact us if you'd like to contribute. 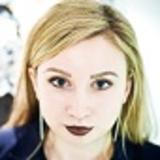 Aleksandra is a Polish expat who moved to China for travel, studies and adventure. Her blog Sand and Pepper chronicles her journey through photos and writing. She doesn't only focus on places that are important to visit but also seeks to capture the real atmosphere and lifestyle in China.