I moved from the States to Asia in 1992 BC, (Before Computers, specifically email). Back then, even carrier pigeons went ballistic when asked to perform, and behaved like uppity flight attendants given extra-curricular duties like serving ice with the cola. So I used surface mail, which took 10 days each way (I have always been way too cheap to call).

In 1996 I moved to China. Our office had email but not for us regular grunts. The sole operator stuck to his monitor and his CD-Rom drive like breadsticks together on an old grilled cheese sandwich. But even if we had access it wouldn’t have mattered much anyway, as at the time, China had very few servers. Come 14 years later they still don’t have that many, mainly China Telecom and a couple of offshoots who watch what is coming and going like grandpa watches a girl’s volleyball tournament.

Social media gets sacked in China

Facebook, Twitter and YouTube are all cases in point. YouTube is strictly off-line and if you try to log on you will get a disconnected notice on your screen identical to those you get when trying to access any information about Tibet, Falang-gang, Taiwan etc. On a good day, when the Ministry of Information and Propaganda’s 30,000 Internet watchdogs do a shift change (7am to 8pm Beijing time) Facebook can usually be accessed via a free proxy. Then you can jealously read about all the fun your friends are having without you, but can neither join in nor respond to requests. In this case it is more like being in an aquarium than behind a firewall. Or if you are Jonesin' so bad and MUST have a constant daily dose of Facebook just to maintain your semblance of reality, then you can pay about 12 USD a month and use a real proxy, to which your access and cyberspace escapism will be satiated.

The reason Facebook is forbidden is because out in China’s western-most city of Wulumuchi there was a populace uprising some years back by the longtime Islamic residents. These residents were protesting being treated like “second-class citizens” and claimed to be discriminated against by the Han race (the majority of Chinese are Han) and they objected to the seemingly better treatment of Han by the government in both business and housing.

Muslim extremists hijacked their movement and Facebook was used as a tool for a call to Jihad in Western China and the surrounding Islamic countries. Over 140 people died in the streets and Facebook and Twitter officially became history. In this regard, censorship became a double-edged sword presenting the old maxim, “What do you want, to live reasonably happy or to die right?

Google gives up and heads home

Which reminds me, now that Google has pulled its bloated carcass out of China, getting any kind of decent reference material has to be routed through Hong Kong. The tiny region does its best, but take a look at any map and you will discover Hong Kong is to China like a flea is on Fido’s south end. Nevertheless, as concerns personal or professional websites, Hong Kong is where you have to go if you want to have access in China, otherwise they are all systematically firewalled.

But the fact remains; the powers that be can shut down the net anytime it wants and for whatever reason. So learn to smile a lot and think happy thoughts.

Back to personal communiqué; now I must wait the interminable few seconds or more amount of time to send or receive emails globally. Funny thing is that when it took ten days I didn’t have any anxiety, now if it takes longer than ten seconds I blow a biscuit.

And finally there is Skype, which is great! However your video, when it works, looks like you are transmitting from the moon or at best, giving a news report from Kazakhstan. Oh well. Sometimes it is up and sometimes it isn’t. But it doesn’t matter, as the real question isn’t just about communicating. It is about communicating well.

Now if I could just train those pigeons to type.

►Read about Getting a Drivers Licence in China

About the Author: Broc Smith is an architect who writes about working in China for the past 10 years. His book  “The Tragic Kingdom, or; Prisoner in a Chinese Theme Park”  is a profile of the personalities, culture, and psychology of the world’s most massive looming superpower as seen through the eyes of an expat American.

Read more of the Editor's Picks 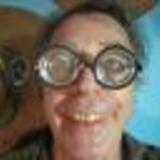 Broc Smith is an American architect who wrote and published a book about working in China for over a decade. “The Tragic Kingdom or; Prisoner in a Chinese Theme Park" is a behind-the-scenes look into the field of design and build in China. The book is a profile of the personalities, culture, and psychology of the world’s most massive looming superpower as seen through the eyes of an expat American. For more information visit www.dnbasia.net