Areas and suburbs in Shanghai

Shanghai is divided into two large areas: Puxi and Pudong. Puxi is the older area on the west of the Huangpu River, while Pudong is the newer area on the east. Public transport between Pudong and Puxi is excellent. There are a number of tunnels and bridges, as well as many subway lines connecting the areas.

Pudong is the largest Shanghai district and lies on the east side of the Huangpu River. It is China’s biggest commercial and financial centre and home to the Lujiazui Financial Zone, the Shanghai Stock Exchange tower and most of Shanghai’s famous buildings, such as the World Financial Center, Jin Mao Tower and Oriental Pearl Tower.

The Lujiazui Financial Zone can be seen on the east side of the Huangpu River and is Shanghai’s most impressive financial and commercial area. It has the offices of most foreign and domestic banks, the Shanghai Stock Exchange as well as the new World Financial Center and Jin Mao Tower. Besides impressive office buildings, this area houses a number of well-managed residential compounds for both apartments and villas, making Lujiazui the recommended area for those wanting to live in downtown Pudong.

This is an organised area with a suburban feel. Jinqiao Export Processing Zone was developed to provide tax incentives for large multinational companies. There are plenty of villa compounds and a few high-end apartments. The area provides a large Carrefour supermarket, restaurants and bars. International schools, sports grounds and a park are all located here. Conveniently, residents are close to the Shanghai Pudong International Airport. Jinqiao is an ideal area for families.

This is an industrial zone located at the south of Pudong. There are a number of villa compounds and supermarkets due to the presence of a few international schools. Compared to Jinqiao, the area is more spread out and not as well planned, with a slightly rural feel. Nevertheless, Kangqiao includes some newly built shopping malls and a large number of expat families enjoy living in the area.

Puxi makes up the various districts on the west side of Huangpu River. These expat areas, all with their own focus, offer easy access to shopping malls, restaurants, schools, medical clinics, entertainment and nightlife, public transport and fly-overs, and many areas are close to the commercial sectors of the city.

This was the first expat area in Shanghai and is still home to a large number of expats, especially families. It has several good local schools as well as access to international schools, good transport facilities and infrastructure. It is also close to the city centre and has plenty of green spaces, including the Shanghai Zoo and Zhongshan Park. Changning district is a popular choice for both office and residential life. Many of its foreign residents come from the USA, France, Germany, the UK and Japan.

Located in the vicinity of the famous park with the same name, this district has plenty to offer. Besides local housing, there are several worthy residential options on offer to expats in complexes in this area. The neighbourhood is generally quiet and less dense, but is not too far from downtown either. Subway lines offer a good and fast transit to other districts, and the travel time to international schools in nearby Hongqiao and Gubei is relatively short. This area attracts mainly singles and couples on lower- to medium-end budgets.

A former industrial zone, Hongqiao is now a proper neighbourhood. It is popular with expat families for being close to several international schools, supermarkets and medical facilities, and has a good housing infrastructure and a number of entertainment options for its foreign residents. Many of the high-end housing facilities are large villas with private gardens and good modern amenities. Most of the entertainment and nightlife happens in Hongqiao in places such as the pedestrian part of Hongmei Lu.

Located in the southwest part of Shanghai, Minhang is a relatively new neighbourhood, crossed by the Huangpu and Wusong rivers. Known for its quality educational institutions, the district is home to many international schools. This mostly farming and industrial area has pockets of residential areas that are popular with expats. There are medium- to high-end villas and apartments close to the schools. Residents also find all the conveniences a family could need – grocery stores, shops, restaurants, bars and golf courses. When it comes to public transport, Minghang is served by a number of different subway lines.

Named after the famous temple and its own landmark, this little central district is one of Shanghai’s most popular neighbourhoods among expats, for both living and going out. It’s quite dense and offers a variety of low-, medium- and high-end housing and is a very active downtown business and commercial hub. It is conveniently located close to many of the city’s cultural attractions, as well as many shopping malls, international restaurants, and lots of trendy bars and clubs. Even though it is a dense neighbourhood, the public transport system runs smoothly. Mainly singles and couples live in this area, but it also attracts families.

Known as the heart of the city, People’s Square is located here, which houses the Shanghai Grand Theatre and Shanghai Museum as its main attractions. China’s most famous shopping street, Nanjing Road, runs through the area.

Stunning Art Deco buildings built in the early 1930s line the Huangpu River, forming “the Bund” (an embankment on the waterfront). This is an area that anyone who has ever seen a picture of Shanghai probably recognises. It is arguably Shanghai’s most spectacular attraction and number one tourist destination, and is stunning when lit up at night. As Huangpu is more of a tourist, retail and commercial area, there are limited apartment buildings to choose from.

Xuhui has a limited number of high rises and the lowest population density of all downtown areas. It covers the largest inner area of Shanghai and covers most of the historic former French Concession area. Many beautiful old classic villas and apartments are in this prestigious area and it is the choice of residence for many government officials.

There are a few distinct areas within Xuhui where expats hang out. Xujiahui has a large, crowded, five-way intersection with department stores and shopping malls. Housing tends to be in the form of medium-end local apartments where expats and locals mix.

►Education and Schools in Shanghai is essential reading for expat parents

►Working in Shanghai provides an overview of employment in the city

Images: Pudong by Yifan Cong; Puxi by Holger Link. All sourced from Unsplash

Are you an expat living in Shanghai?

Expat Arrivals is looking for locals to contribute to this guide, and answer forum questions from others planning their move to Shanghai. Please contact us if you'd like to contribute. 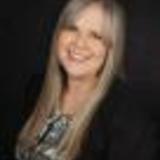 My name is Adrienne Farrelly and I am a Melbourne-born Australian who arrived in Shanghai in 1994. Since then I have spent a fair bit of my time helping expatriate families, couples and singles find their new homes in Shanghai. In my Shanghai blog adriennefarrelly.tumblr.com I aim to share all that I know about moving to Shanghai and leasing houses and apartments here. I also highlight some of the really special places around town and feature some of the really fabulous homes we have to offer.