Expats moving to Osaka will find themselves in a bustling city, alive with possibility and activity.

Stretching along Osaka Bay, Osaka prefecture lies in the heart of the Kansai area, with its borders flowing into neighbouring Hyogo, Kyoto, Nara and Wakayama. The greater Osaka area, which also includes Kobe and Kyoto, is the second largest in Japan by population and one of the country's most important economic centres.

As Japan’s primary area of business and commerce until the 20th century, Osaka and its port, Naniwa, connected Japan with other countries, such as Korea and China.

It follows that, despite momentarily being the country's capital, Osaka’s ruling class is the merchants. Their influence has inspired the metropolis to become a cultural centre – especially in terms of entertainment, arts and food. Therefore, Osaka is also referred to as the “nation’s kitchen”.

People from Osaka are usually very proud of their city and maintain their own dialect. One of the characteristics of an Osakian is the constant hurry, jikan wa kane nari (time is money). Expats would do well to prepare their ears for fast talking and to watch out for busy people rushing up and down the escalators (stand on the right side if not wanting to rush with them).

As the city has always been in touch with the world outside of Japan, most Osakians welcome foreigners and will eagerly help whenever a foreigner gets lost. Orientation can be challenging in Osaka since there are but a few street names. The city is divided into numerical areas. It's advisable to note a few remarkable spots for reference, like hotels, supermarkets and parks, to help when asking for directions or directing a taxi.

On the other hand, using Osaka’s extensive public transportation system, which consists of subways, railways, buses and one tram-line, is easy and convenient.

Expats can take comfort in the fact that getting bored in Osaka is virtually impossible, and certainly makes for an exciting expat life. There is plenty to see and do: expats can indulge in the fantastic culinary scene, visit the famous bunraku and other theatres, or just take a walk on one of the seemingly endless shopping streets, which are crowded by day and turn into stages for street artists in the evening.

"Since there are many groups for cultural exchange in Osaka it is easy to get in touch with open-minded Japanese and other expats." Read more about Franziska's experiences living in Osaka.

Are you an expat living in Osaka?

Expat Arrivals is looking for locals to contribute to this guide, and answer forum questions from others planning their move to Osaka. Please contact us if you'd like to contribute. 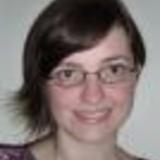 Franziska Kasch spent a student's year in Osaka, and has plans to return to the city in 2011 to conduct research for her study on "Being Overweight in Japan". Even in her short time she became enamoured with the magic of the metropolis and all of Japan's oddities and eccentricities. Follow her blog The Blog Side of Life.