Getting Around in Ho Chi Minh City

Getting around Ho Chi Minh City, at first glance, may appear to be a daunting task. With some 3 million motorbikes for its 6.6 million residents, simply crossing the street presents itself as a great challenge.

Expats living in Ho Chi Minh City usually take some time to get acquainted with the chaotic traffic conditions that the city is famous for.

While buses are cheap, most expats and the locals who can afford to, prefer using motorbike taxis or private taxis. These provide the most efficient way to travel around in Ho Chi Minh City.

Construction of a metro system is currently underway, which will make getting around even easier.

Ho Chi Minh City has a comprehensive network of bus routes. The bright green public buses are a cheap, safe and comfortable mode of transport.

Ben Thanh Bus Station, which lies directly across from Ben Thanh Market in District 1, acts as a transport hub for the city's buses. From here buses serve the majority of suburbs in Ho Chi Minh City as well as some of the outlying areas.

Expats should get a map of the bus system which can ease the trouble or confusion of finding the right route. Expats may find that locating the correct line or station may be a challenge, especially if unable to speak Vietnamese.

Though construction has begun, there is no intra-city rail network that serves Ho Chi Minh City.

The city’s main train station, Ga Sai Gon, is located in District 10 and is a short taxi ride away from the city centre. It is the transit hub to other destinations in Vietnam.

Trains are an ideal, inexpensive way for travellers to get around the country with connections to Da Nang, Hueé, Nha Trang, and Hanoi.

Taxis are a comfortable and affordable way to travel around Ho Chi Minh City. There is an ample supply of taxis driving throughout the streets so finding one is not difficult.

The challenge will be avoiding dishonest drivers, disreputable taxi companies and potential scams. Expats should ensure that taxi drivers are using a meter and that it is switched on at the start of a journey.

Expect very slow speeds during morning and evening rush hour. For groups travelling together, a taxi is the best way to go. For solo travellers, it will be cheaper and faster to find a motorbike taxi.

Most taxi drivers in Ho Chi Minh City speak very little English. To avoid confusion with the mispronunciation of street names it is best to have the address written down for the driver.

Motorbike taxis are by far the best and most efficient way to get around in Ho Chi Minh City. They can easily be found anywhere in the city, with drivers lining the pavement waiting for customers.

Expats should make sure they set a price before starting a journey. This is imperative and will save one from being overcharged at the end of the journey.

It is also advisable that newcomers to Ho Chi Minh City have the address of their destination written down as this saves time. Don’t be afraid to get to know a driver if they seem competent and friendly. It is not uncommon for expats living in Vietnam to receive a driver’s number and call them later to arrange another ride.

Expats should always ensure they wear a helmet when using motorbike taxis in Ho Chi Minh City as the authorities do enforce hefty fines if this rule is broken.

Cyclos are great for people who have the time for a leisurely journey. With the passenger seated in front and the cyclo driver behind, this is a unique way to see the city and is best left for occasions where there is time for slow-paced exploration.

Similar to motorbike taxi rides, make sure to set a price before the ride and don't be afraid to bargain.

Expats using a cyclo to get around Ho Chi Minh City should take extra precautions to watch over their valuables. A cyclo ride is almost synonymous with tourism and passengers are at increased risk of being a victim of theft.

As a visitor, it is impossible to rent and drive a car in Ho Chi Minh City without a Vietnamese driving licence.

Private car rentals with a driver are, however, available for trips outside of the city or day trips around the city. Many taxi companies will offer this option.

Another reason to avoid driving in Ho Chi Minh City is because of the lack of parking. Most of the parking facilities in the city are devoted to motorbikes rather than cars.

Many people who settle in Ho Chi Minh City find themselves renting or buying their own motorbike to get around. It is far more straightforward for a foreigner to hire a motorbike than a car, where expats are forced to go through a bureaucratic process in order to obtain a Vietnamese driving licence.

For expats staying in Vietnam for an extended period of time or a traveller seeking an adrenaline rush, there is an endless number of places that rent motorbikes. However, it is worth taking the time to search around and find a reputable company that offers a standard monthly rental rate.

Riding a motorbike in Ho Chi Minh City is best left to those who feel experienced and comfortable enough to conquer the city’s unique traffic patterns.

Traffic rules in Ho Chi Minh City are not as strictly enforced as elsewhere in the world and a right turn can happen anywhere regardless of red lights. One-way streets are not always one way and pavements are sometimes used as an extension of the road or as a shortcut to bypass traffic jams.

Expats should be aware that local motorbike drivers and passengers in Vietnam often shake their arms and hand at waist-height to let others know they will be switching lanes or turning.

Parking run by the city authorities in Ho Chi Minh City caters for motorbikes rather than cars. Many places will have attendants that keep watch over vehicles parked there.

Expats moving to Ho Chi Minh City will soon see that locals love using their bicycles to get around. However, new arrivals are likely to find that cycling in Ho Chi Minh City is difficult in terms of keeping up with the fast-moving traffic.

Those who do decide to cycle in the city should be sure to leave the left lane for cars, buses and taxis and instead find comfort by staying in the right-hand lanes. A horn will also help make one's presence known to other road users.

Are you an expat living in Ho Chi Minh City?

Expat Arrivals is looking for locals to contribute to this guide, and answer forum questions from others planning their move to Ho Chi Minh City. Please contact us if you'd like to contribute. 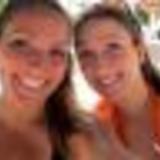 Dierdre is a recent college graduate from United States of America who has moved abroad to Asia to embark on a year of travelling, teaching, and learning. As a public policy and international relations major, she hopes that travel and exploration stay in her future and this marks only the beginning. Read more on her blog.