Areas and suburbs in Vienna

The areas and suburbs in Vienna are organised into 23 distinct districts (bezirke), each with their own unique character and assortment of pros and cons. Each of the districts has a name but are also universally known by their number. The first district is closest to the city centre with each district moving farther outside the centre as the numbers increase.

Districts 1 to 9 make up the inner city of Vienna. These areas tend to be much more densely populated than districts that are farther away from the city centre. The major advantage of city living in Vienna is that residents have easy access to Vienna’s cultural offerings and best amenities.

While there are no distinct expat areas of Vienna, generally speaking, young professionals tend to live closer to the city centre, while expats with families tend to live in districts further afield that lie in close proximity to good international schools.

Vienna has a sophisticated transportation network so getting around isn’t much of an issue. Choosing where one should live will depend significantly on an expat's lifestyle preferences, priorities and budget. Below are some of the most popular areas amongst Vienna’s expat population:

District 1, or the Innere Stadt, is the city’s most expensive area by far. It boasts a vast array of architectural delights including St Stephen’s Cathedral and the Hofburg Palace.

Developers here have created luxury apartment buildings while maintaining the historic façade of the buildings. Rental properties are hard to come by in District 1, so expect to pay a hefty price.

District 2, or Leopoldstadt, is significantly cheaper than District 1 and has more of a multicultural feel, having once been popular with various immigrant groups and students. Property tends to be small with a mix of old and new interiors. A prominent feature of this island district located between a major river and a canal is the Prater, a beautiful green park which was once a royal hunting ground.

Districts 3, 4 and 5 – Landstrasse, Wieden and Margareten

These urban districts are located south of District 1. Expats will find a greater choice of housing options in each of these areas. All of these are well located in terms of public transportation routes so getting around won’t be a problem at all. In District 3, expats will find a number of historic sites including the castle and gardens of Belvedere. District 4 is home to the Naschmarkt, Vienna's largest food market.

Districts 18 and 19 – Währing and Döbling

Farther away from Vienna’s city centre, expats will find more options in terms of family-friendly housing. Districts 18 and 19 are home to some popular international schools and nurseries. Lots of new arrivals choose to base themselves here because of the strong expat community that surrounds these schools, as well as the availability of houses instead of apartments. There are also many beautiful parks in the area for a day out with the family.

Expats who choose to live in these suburbs might feel a little cut off from Viennese culture, however, and will benefit from having a car for getting about.

Are you an expat living in Vienna?

Expat Arrivals is looking for locals to contribute to this guide, and answer forum questions from others planning their move to Vienna. Please contact us if you'd like to contribute. 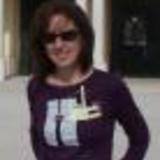