Located in the southeast of the Czech Republic, Brno is the second largest Czech city after Prague. It's a university town with a steadily growing expat population and a laid-back pace to life. It has all the amenities one would expect from a modern city of its size, including a well developed public transport system, and is well placed geographically to have easy access to larger cities like Prague and Vienna by road or rail.

Living in Brno as an Expat

Brno has been steadily improving its international accessibility over the last decade and an expat arriving today would find it reasonably easy to settle in. As Brno has a low unemployment rate, it shouldn‘t be difficult for an expat to find work in the city. There is a large market for foreign language teaching, and IT is also a strong sector in the local economy.

Brno is safe and pleasantly green with many parks to relax in, both large and small. With good rail and bus connections into the surrounding areas, Brno also provides the means for relaxing day trips out of the city.

Culture lovers will be happy to know that the city is home to a number of theatres, museums and galleries. Brno also has one of the largest exhibition centres in Europe, so there is always an exhibition of some sort to take in.

Brno has no shortage of pubs where you can get a pint of high quality Czech beer. Additionally, wine lovers will discover there's no better place in the country to be than in Brno. The city is on the northern edge of the Czech wine growing regions and a good glass of local wine is never far away.

Cost of Living in Brno

While the cost of living has been on the rise in Brno, it still is a relatively affordable place to live. The public transport system is quite an economical way to get around town and many restaurants offer high quality weekday lunch menus at excellent prices. A night out at the pub is not going to break the bank either.

A trip to the supermarket can be expensive, but expats will certainly be able to save money on groceries by shopping for their fresh produce at the vegetable market in the centre of the city.

Accommodation options are varied, but housing costs tend to be high in relation to what you get, whether you buy or rent. Expats who are willing to commute to the city for work will save money living in one of Brno‘s outlying towns, as the accommodation options here are much cheaper.

Being the safe and green city that it is, Brno can definitely be described as family friendly. There are a lot of parks and recreational facilities for kids to enjoy, and the air quality is excellent in the city and surrounding regions.

Education options range from public schools, which are free and teach in Czech, to much more expensive private and international schools, some of which teach in other languages. Along with the rest of the country, the standard of education in Brno is high.

Brno's climate is moderate with four clearly defined seasons. Summers can be quite hot, with temperatures reaching into the high 30s (°C) from June through to August. Expats should keep a good quality sunscreen close at hand in Brno during the summer.

Winters, on the other hand, are quite mild. January is typically the coldest month for the city, but it's rare to see winter temperatures drop below 14°F (-10°C) for long, if they drop that low at all. Generally, winter in Brno is grey and wet and what snow does fall in the city tends not to linger.

Expats moving to Brno will be delighted with the high quality of life on offer in the city. Making an effort to learn the culture and language of the locals will certainly help expats to assimilate, and taking advantage of the city’s many splendours will have them feeling at home in Brno in no time.

►Read Moving to Czech Republic for more about life in the country.

Are you an expat living in Brno?

Expat Arrivals is looking for locals to contribute to this guide, and answer forum questions from others planning their move to Brno. Please contact us if you'd like to contribute. 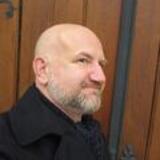 Kevan is a Canadian expat living in Czech Republic. In need of some big changes in his life, he moved to Brno, the country's second largest city, in 2004. He works in customer care and social media. In his spare time, he runs a blog, Beyond Prague, on which he advocates for the country and all its wonders outside of the capital city.