Pros and Cons of Moving to Czech Republic

When moving to a new country, mixed emotions such as excitement and nervousness are natural, and even seasoned expats may struggle with the decision of a particular move. In these situations, it can be helpful to learn about the specific quirks and characteristics of living in a certain place.

Since the Czech Republic joined the EU, the real estate market has been booming, thanks to the influx of foreigners, the rapid growth of the country's middle class and the strength of the Czech koruna. Despite high demand, accommodation in Prague is still cheaper than in other major European capitals. Considering that living in Prague means being at the centre of a rich and diverse culture with easily accessible attractions such as museums and historical sites, living in the Czech Republic is excellent value for money.

- CON: Apartments aimed at foreigners are often more expensive than those for locals

Housing specifically advertised to foreigners is typically more expensive than those aimed at locals. Bargains can be found, but many of the websites that advertise these bargains tend to be in Czech.

Due to the influx of tourists and expats, the social scene in Czech Republic is diverse. In Prague in particular, expats will find a wide variety of restaurants, bars and clubs to choose from. For the more outdoorsy types, the Czech Republic is bordered by mountains and its forests are well preserved, which presents many opportunities including cycling around the countryside or hiking during the summer. In winter, there is cross-country- or downhill skiing.

The Czech Republic is a relatively safe country. Crime rates are low, and the European emergency telephone number is available for foreigners who don’t speak the local language.

More and more opportunistic pickpockets are beginning to operate in the Czech Republic. Whenever in a crowded place, foreigners are advised to be mindful of their valuables.

Most expats who relocate to take up employment in the Czech Republic are in senior positions. Compared to locals, foreigners are generally well paid. Oftentimes, the company pays for accommodation and other expenses during that person’s stay in the country.

In the Czech Republic, the Ministry of the Interior handles immigration and this institution is highly bureaucratic. Assuming that all of the necessary paperwork for work permits and visas has been submitted and approved, expats must then report to the Foreign Police once they arrive in the country. This process in itself can also be cumbersome, often requiring the submission of documents that were already submitted to the Ministry of the Interior for the initial work permit application.

+ PRO: Public transport is cheap, efficient, easy to use, safe and clean

The Czech Republic’s public transport system is well managed. In Prague, one-month passes can be purchased which can be used for any kind of public transport (tram, subway or bus). Schedules are strictly followed so passengers can rest assured that they will get to their appointments on time. Information on travel times and connections is easily accessible online and regular schedules are posted at the stops.

- CON: Getting a local drivers' licence can be difficult

For expats from certain countries, the process of fulfilling Czech driving requirements can be arduous. For the first three months of their residency, they may drive on an International Drivers Permit. After this period, they will need a Czech licence to continue driving.

Some countries have an agreement with the Czech Republic allowing nationals to simply exchange their home-country licence for a Czech one, and anyone with a drivers' licence from an EU country can continue driving on their existing licence. However, those from non-EU countries without such an agreement will need to take driving lessons for a certain number of hours before finally taking theoretical and practical tests assessing their driving ability.

There are a number of expat organisations in the Czech Republic. Most of these cater to a wide range of interests. They also have a strong online presence, which makes them easy to find. Expats find it easier to make friends in the Czech Republic once they attend one of the many events organised by expat groups.

Perhaps a legacy of communism, customer service in the Czech Republic isn't great. In a grocery store, even if there is enough manpower to open another cash register, customers often still wait patiently in line, not bothering to complain to the store manager about opening another register. In some auto shops, an oil change can take the whole day with customers being at the mercy of the mechanic assigned to do the job. Somehow, it is accepted as a norm and nobody seems to complain.

Cost of living in Czech Republic

Everything from real estate to food, utilities and healthcare is reasonably priced in the Czech Republic. Staples such as bread, potatoes and meat are of good quality and are inexpensive. Household goods, furniture and electronics from familiar Western brands are easily accessible in malls and specialty stores. Furniture is also reasonably priced since there are a lot of highly skilled craftsmen in the country.

As is commonly the case in Europe, petrol in the Czech Republic is more expensive than in many other countries around the world.

The healthcare system in the Czech Republic is generally good, and those with an insurance card are eligible for nationalised healthcare. There are doctors in each district but new arrivals are free to choose their personal doctor.

The approach to medicine is westernised and it is relatively inexpensive compared to other western states. Patients often pay a minimal fee for consultations, but many other services are free, including lab tests. Most doctors also speak English, even in cities outside of Prague.

During a visit to a doctor, medical staff may come off as grumpy and waiting times at hospitals are long. Although most doctors speak English, nurses and medical staff might not.

Doctors can be curt and may appear to be unsympathetic, but this is a normal element of Czech medical culture. Those from a country in which doctors always take time to discuss matters and answer questions should note that this is generally not how things work in the Czech Republic.

Are you an expat living in Czech Republic?

Expat Arrivals is looking for locals to contribute to this guide, and answer forum questions from others planning their move to Czech Republic. Please contact us if you'd like to contribute. 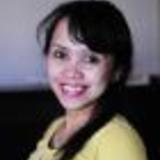 Grace was born and raised in Bukidnon, a province in the Southern part of the Philippines. Driven by ambition and a relentless search for greener pastures,  she migrated to the United States several years ago for a job opportunity. It was there where she met her Czech husband, got married and had a son. In June 2011, she moved with her family to the Czech Republic. Read her blog at www.czechtheflip.net.