Education and Schools in Budapest

Expats certainly won’t have to worry about a shortage of quality education in Budapest. Hungarians value education very highly, sometimes even placing excessive stress on parents and children. Both local and international schools in Budapest therefore provide a high standard of education.

Public schools in Budapest are funded by the government and can be attended at no cost, although parents will need to pay for books, stationery and other equipment.

If space permits, local schools will allow expats to enrol, but this can be a very difficult environment for a non-Hungarian speaking child. However, if the move to Hungary is permanent, expats may find public schools an ideal way for their children to immerse themselves in the notoriously difficult Hungarian language as early as possible.

There are many schools in Budapest that offer bilingual education.

Many international schools also offer bilingual teaching. The SEK Budapest International School, for example, is run privately. Although rather pricey to attend, it has the unique distinction of being an officially trilingual school where students are taught in Spanish, English and Hungarian.

Private religious schools include international schools such as Greater Grace Christian Academy and the International Christian School of Budapest. Like other international schools, fees at these schools can be painfully high. However, parents that want their children to be taught in a religious environment but aren't willing to send them to a non-English school might find this to be worth the extra cost.

Most expats in Budapest choose international schools for continuity of syllabus and language, as well as for cultural diversity and ease of making friends.

There are often waiting lists for international schools in Budapest, so expats are advised to contact schools as soon as possible to apply for a place and find out if there are entrance or assessment exams. Some schools may ask for reference letters from previous schools, as well as past grade reports. Children may also be requested to come in for an interview.

Expat parents relocating for work purposes should try to negotiate an education allowance as part of their relocation package to help bear the high fees of international schools.

►Find a list of recommended schools in the city, see International Schools in Budapest

Are you an expat living in Budapest?

Expat Arrivals is looking for locals to contribute to this guide, and answer forum questions from others planning their move to Budapest. Please contact us if you'd like to contribute. 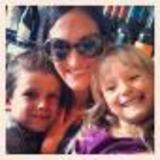 Debbie Votin Our Expat Expert
I am a mother of two and a very happy and lucky wife. I work mostly in IT around System Analysis and Business analysis re-engineering of processes being my favourite. I also have an interest in building and renovating but mostly I love travelling and am currently travelling with my young family before they need to settle into serious school.