Getting Around in Doha

Winning the bid to host the 2022 FIFA World Cup was the catalyst behind the rapid expansion of Doha’s public transport, and today the modes of travelling in Doha are numerous and varied. Still, it seems driving remains the preferred and most common way for both expats and locals to get around.

Described as a futuristic city, Doha's rapidly expanding amenities and its quickly developing transport infrastructure hold exciting prospects for the city. Public transport consists of buses, the recently established metro, taxis, and there are plans for a light railway system.

Public buses in Doha were introduced by the state-owned company, Mowasalat. These can be used to get around the city and commute to work but, for the moment, many expats still opt for their private car and driver.

The turquoise buses are easily identifiable, and they cover large swathes of Doha with extensive routes in and around the city centre and a few to the outskirts.

Doha opened its metro system in 2019 to give commuters a more efficient means of travel, and a way to avoid the notorious Doha road traffic. The lines branch out from the largest station, Msheireb in Downtown Doha, and connect with Hamad International Airport. Ongoing plans for extension aim to connect the city centre with surrounding suburbs.

Doha’s metro is efficient, air-conditioned and clean, while the regularly-updated Qatar Rail app and website are useful for information on schedules, and allow passengers to register and top up their travel cards.

Like the city of Lusail itself, the Lusail Light Rail Transit system is very much still a work in progress. The network will eventually connect Lusail and Doha, making for easy commuting between the two.

People who don’t have cars often use the city’s turquoise taxis as their primary form of transport. These are publicly managed Karwa taxis, but Uber and other private taxi companies also operate in Doha.

There is a bit of a taxi shortage in Doha, but users can book them in advance through the Karwa app and website. Taxis are mostly clean, metered and well-regulated by the government.

Driving in Doha can sometimes be a harrowing experience. Locals and foreigners alike tend to drive fast and recklessly, which is why many expats choose to hire drivers instead of braving the roads themselves. Traffic is at its worst in the early morning around 6am and in the late afternoon.

Motor vehicle accidents are common, and expats should exercise extreme caution when driving on the emirate's roads. Drivers tend to be aggressive, speed and take risks, so expats should always drive defensively. In the case of a traffic accident in Doha, we recommend always remaining at the scene of the collision. Always obey traffic laws – the government is trying to combat the problem and heavy fines apply to those caught speeding or running a red light.

Despite the danger, many expats still choose to drive in Doha because of the independence it affords and because fuel is so inexpensive. Qataris drive on the right-hand side of the road.

Expat employees often get vehicles, and in some cases drivers, as part of their employment packages, otherwise cars can be bought or rented. Both local and large international car rental agencies, including Hertz, Avis and Europcar, have services in Doha, making car hire easy.

Despite the heat, cycling in Doha is growing in popularity and is promoted for its various health benefits. Reckless drivers make getting around by bicycle dangerous and unwise on main roads, but there are spaces and parks dedicated to cycling, and the Qatar Cycling Federation provides information, maps and advice.

Doha isn’t exactly walkable, but certain areas make for pleasant strolls and there are many leafy jogging environments too.

Oxygen Park has paths for walking and cycling while Al Bidda Park and Aspire Park offer refreshing green spaces for running and picnics. Walking along the Corniche promenade and around the Museum of Islamic Art Park are also great areas to unwind and take in the view.

Qatar's shoreline offers cruises, tours and fishing trips as well as all sorts of watersports. Boats offer more than just travel: relax on a dinner cruise or spend an exciting afternoon on jet skis, wakeboards or kayaks.

It's important to check the company that is providing the service, enquire about their safety standards and wear a life jacket.

►Read about accommodation in Doha 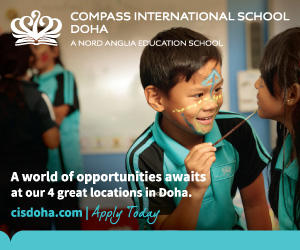