Cost of Living in Egypt

While the cost of living in Egypt is somewhat higher than that of its North African neighbours, it does compare favourably with nearby Middle Eastern destinations such as Saudi Arabia, Israel and Jordan.

Large cities like Cairo, favoured by expats, tend to attract a higher cost of living than smaller towns. In the Mercer Cost of Living Survey for 2018, Cairo was ranked as the 188th most expensive city out of 209 cities surveyed.

Cost of accommodation in Egypt

Expats will find that accommodation prices vary according to area and of course, the size and quality of accommodation. Living in large cities will generally push the price of rent up, while expats living in smaller towns or rural areas will find lower prices. Apartments in the city centre are also more expensive than those in outlying suburbs.

Cost of transport in Egypt

The price of petrol in Egypt is generally cheap but can be prone to sudden spikes in cost. Public transport is very attractively priced. Taxis are also affordable and the price of a trip can be negotiated with the driver, although Westerners may find it difficult to secure the same rate as locals.

Cost of food and entertainment in Egypt

Food, drink and clothing can consume as much or as little of the household expenses as a particular lifestyle demands. Cooking at home with local ingredients, eating out locally a few times a month and avoiding budget-blowing fine dining restaurants will allow a comfortable standard of living on a reasonable budget.

Local goods are reasonably priced but imported products are costly and should be avoided if possible. Expats should explore local bazaars and markets to find inexpensive local goods.

Cost of education in Egypt

Public schools in Egypt can be attended free of charge, but many expat parents prefer to send their children to an international school. These schools tend to have shockingly high fees, so they may not be suitable for expats on a budget or those whose salary package doesn't include education expenses.

Cost of living in Egypt chart

Prices may vary depending on product and service provider. The list below shows average prices for Cairo in August 2018.

►For more information on financial matters in Egypt see Banking, Money and Taxes in Egypt.

Are you an expat living in Egypt?

Expat Arrivals is looking for locals to contribute to this guide, and answer forum questions from others planning their move to Egypt. Please contact us if you'd like to contribute. 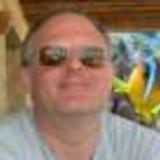 This tavern keeper and restaurateur, fed up with the UK drinking culture, moved with his wife to Hurghada to dive in The Red Sea and bask in the desert sun. He is now able to spend his time playing underwater photographer and writer. Read more on Peter's blog, Hello Hurghada.