Interview with Marc - a Canadian expat living in Egypt

Marco Desilets is a Canadian expat who lived in Egypt. Moving to Cairo in 2015, his teaching qualifications stood him in good stead when it came to finding himself work. He loved the low cost of living as well as the great standards of housing.

Read more about Marco's life as an expat working abroad on his blog, Abuja Expat. 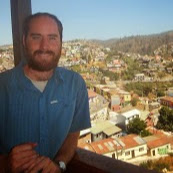 A: I had been travelling South America for eight months and wanted to try working abroad. I had no experience working abroad, although I did have a teaching degree. It was easy to find work in Cairo.

Q: What do you enjoy most about Cairo? How would you rate the quality of life compared to Canada?

A: The cost of living in Cairo was amazingly cheap. My quality of life was very good. I had an enormous apartment with three balconies and three bedrooms for USD 250 a month in a very trendy part of town. You could take a taxi wherever you want and it would cost nothing. Food, produce and meat from the grocery store was also ridiculously cheap. Everything could be delivered to your house… Even beer.

A: Hard alcohol was hard to find. You could only buy three bottles every time you entered the country and that was it. The Egyptian vodka, unlike the beer, was very bad.

Q: What are the biggest adjustments you had to make when settling into expat life in Cairo? Did you experience any particular elements of culture shock?

A: It is not a very walkable or pedestrian-friendly city. So it is difficult to exercise unless you join a gym. Also, very few people speak English. You really need to learn Arabic to get by.

A: I mentioned previously about what was cheaper.  Another example is monthly cellphone plans. For USD 8 a month, I had virtually unlimited calls with 16 GB of data. Some of the items that were more expensive were fancy clothes, high-end smartphones, and cars. But after travelling 25 countries, mostly in South America and Africa, I can fairly say that Egypt is the cheapest. It is even cheaper than many of its extremely poor African neighbours.

Q: How would you rate the public transport in Cairo? What are the different options? Do you need to own a car?

A: There is a metro. It costs about ten cents US to ride. It covers much of the city. But it is very crowded during rush hour and must be avoided. Taxis are so ridiculously cheap. For a 40-minute taxi ride during rush hour, you usually would pay about USD 3. Unless you plan on being in Cairo for five years, there is no need to buy a car.

Q: How would you rate the healthcare in Cairo? Have you had any particularly good or bad experiences with regards to doctors and hospitals? Are there any hospitals you would recommend?

A: Andalusia Hospital in Maadi was quite nice. It was very affordable every time that I needed to see a doctor. For dental cleanings, I received one for $10 as well.

Q: What are the biggest safety issues facing expats living in Cairo? Are there any areas expats should avoid?

A: Cairo, surprisingly, is extremely safe. You can go anywhere, even in the ghetto. There is little drugs and alcohol in the country so you don’t see too many crimes of desperation. Women do tend to face more safety issues than men. They usually need to take an Uber instead of a taxi because taxis are known to be more conservative culturally, and therefore more likely to do something sexually inappropriate. For a man, it is not a problem.

Q: How do you rate the standard of housing in Cairo? What different options are available for expats?

A: Standard of housing is great. There are many options. Often when you come to a city as an expat, there will be a real estate company hired to help you find an apartment. Avoid these companies at all costs. Their goal is to put you in the most expensive home possible so they can get a slightly higher commission, while you are left paying astronomical prices all year. When you get there, make sure to take your time. Go out and see some houses on your own. You can literally walk down any street and see a domestic worker in front of a house. Ask them if there is an apartment for rent. Even if there isn’t, he will usually know where another one is.

Q: Any areas or suburbs you’d recommend for expats to live in?

A: Maadi is very green and great for expats. Zamalek is more beautiful but more for short-term tourists with many swanky hotels. New Cairo, Heliopolis and Rehab all offer great housing but are generally void of culture and things to do and see.

A: Locals love foreigners. They are so friendly. Almost too friendly that it gives you the creeps. You sometimes have to be rude to them so that you can get some space.

A: It was easy to meet people. In Maadi, there is a local expat bar called the Ace Club. It is USD 100 for a six-month membership. But you end up paying it off quick because the beer is very cheap. Plus, kids get in free and there is a giant playground for them. There are even pool tables and weekly karaoke sessions. There were also two great Nigerian nightclubs where you could meet mainly African expats. Another suggestion would be the Royal Majestic Club inside the Cataract Pyramid Resort in Giza. Another option would be Celebrities Lounge which changes venues a lot. These were great places to make friends.

A: I mainly made friends with other expats. As a man, it is difficult to meet local women. The culture is very male-orientated. So women stay at home with kids, or have curfew with their parents while the men go out to and socialise. If there are Egyptians involved, just be aware that there will not be many women involved. I did meet some great Egyptian women through my work but it was much easier to meet expats. The expats in Cairo are mainly American, Canadian, French, Sudanese, Ethiopian, Nigerian, Cameroon and Chinese.

About working in Cairo

Q: What’s the economic climate like in Cairo? Do you have any tips for expats looking to find a job there? Which resources did you find most useful?

A: If you are a teacher, it is pretty easy to find a job. I know a lot about that. Teachers can generally make USD 20,000 to USD 40,000 with a living allowance, depending on experience and credentials.

A: It is a great and affordable place to go. Don’t get stuck here forever. Every place can be a vortex. It is a busy city with a lot of hustle and bustle. One to two years is enough and then it is time to move on.