Transport and Driving in Brazil

Despite Brazil's economic progress, much of the country’s infrastructure is stuck in the past. Roads, bus stations and airports are outdated and often overcrowded.

Location makes a big difference in the available transportation options. Major cities like São Paulo and Rio de Janeiro have taxis, buses and metro systems in addition to international and domestic airports. However, in smaller cities, options are more limited. Travel between cities may require planes, buses or boats.

Buses are by far the most common and flexible form of public transport in Brazil. It offers a good option for travel both within cities and around the country. All major cities have a public bus system, as well as a bus station that provides options for travelling to other cities. Cost and safety will vary based on location. However, city bus fares are usually inexpensive with options for frequent users to obtain bus cards. Travelling between cities can be more expensive, but buses are reliable and cost less than flying. Though, due to the size of Brazil, it's not always practical to cross the country by bus.

Brazil has metro systems in a handful of cities, but their usefulness varies. In Rio de Janeiro, the metro is clean and safe. In São Paulo, the metro can be a good option, but expats will need to be careful about where they go and which stations they exit from for safety reasons. In smaller cities like Belo Horizonte, expats may want to avoid the metro, as it’s not yet completed in parts and not always safe. However, Belo Horizonte, Salvador, and other less transport-friendly cities are making improvements which should make the metro a more useful option for residents and visitors.

Passenger trains are few and far between in Brazil with most railways used for cargo transportation only. There are a few notable tourist-oriented routes, but for the most part, trains are not an option for getting around Brazil.

Boats provide services to get to islands along Brazil’s extensive coastline and various locations along the country’s many rivers. In some places, especially in the Amazon region, boats may offer the only available transportation.

Brazil’s major cities have large taxi fleets that run on meters. Taxis typically congregate in designated pontos throughout the city. Taxi fares are not terribly expensive, but expats need to beware of being 'taken for a ride' in unfamiliar places. When in a new city, hiring a radio taxi (with a pre-paid fare) can be a good option. For expats who don’t have a car and rely on taxis, taxi drivers can usually offer cards with their number for future calls. They appreciate a regular customer and may be willing to give discounts for standing appointments or longer trips.

Brazil’s road system is woefully inadequate. While there are paved highways between major cities, they're frequently in disrepair and can be dangerous. This leads to a high number of road fatalities in Brazil every year. Traffic within and between major cities can be extremely congested.

That said, many expats in Brazil choose to own a car for the flexibility it provides. Some expat employment packages provide drivers and others will support the process of getting a car and licence. Car ownership is expensive, with car and petrol prices quite high. Expats will need a Brazilian licence if they intend to live in the country for a while. Having a valid licence from another country will likely expedite the process, but this varies based on country of origin. All expats will need to undergo some degree of testing to be licensed.

Cycling is popular in many of Brazil's main cities. Extensive bicycle-rental schemes are often available. Dedicated bicycle lanes and paths are also available in some parts of Brazil. Cyclists should, however, avoid cycling late at night for safety reasons. Cyclists may find themselves having to cycle in the road or on sidewalks, and in this case, they should be aware of pedestrians and unruly drivers.

In most of Brazil, walking is not an ideal form of transport. Expats who find themselves with no alternative should be wary of possible pickpocketing and mugging. Drivers are prone to ignore pedestrians. Expats will need to be careful when crossing busy roads and should try to use footbridges where possible.

For domestic travel, unless one has days and weeks of time to spend on buses, a flight will be the best option. Flying can be expensive, but advance purchase can help offset the cost. Every major city has an airport. Many of these also received much-needed renovations before the 2014 World Cup.

►For budgeting tips, see Cost of Living in Brazil

Are you an expat living in Brazil?

Expat Arrivals is looking for locals to contribute to this guide, and answer forum questions from others planning their move to Brazil. Please contact us if you'd like to contribute. 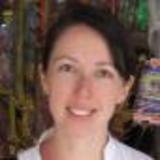 Jennifer Sikes is an American writer currently living in Belo Horizonte, Brazil, with her husband and dog. She has travelled extensively in her personal and professional life across Europe, Asia, Africa, North America, and South America. Website: www.anotefrombrazil.wordpress.com