Getting Around in Seattle

Seattle’s public transport network is perhaps not as extensive as those in other major US cities but is useful in the areas it does cover. Traffic in Seattle is not too intense; in fact it's highly regulated, and thanks to the city’s small but well-maintained public transport network, extended commute times are only experienced during peak hours. Newcomers to the city will find getting around Seattle is fairly easy and efficient.

Locals generally prefer travelling by car, although commuting to and from work each day by car isn’t always convenient. Expats living in Seattle will find that most large companies in Seattle provide passes for public transportation, which encourage people to travel using these systems rather than driving.

Public transport in Seattle is jointly managed by King County Metro and Sound Transit. Seattle’s modes of public transport connect the city’s suburbs to the downtown area. While there is a choice of transport options available, not all are necessarily fast or well-networked.

Fares for public transport vary according to the mode of transport and distance travelled. For expats wishing to use the public transportation system frequently, it is wise to invest in an ORCA pass. This pass provides a cost-effective and convenient option of getting around Seattle and is valid on both King County Metro and Sound Transit services.

Operated by Sound Transit, the Link light rail system is limited but is a fast way to get around. Currently consisting of two lines (Central Link and Tacoma Link), extensions are planned for the future.

Although most residents of Seattle don’t use the service on a regular basis, it is useful for expats who travel for business and need to access the airport.

There are various types of buses in operation in Seattle, most of which fall under the King Country Metro Transit system. The bus network is fairly extensive, with connections to most areas of the city.

The Seattle tram service consists of two lines: the South Lake Union Streetcar and the First Hill Streetcar. Trams arrive every 10 to 15 minutes, depending on time of day.

Washington state operates the largest fleet of ferries in the US and runs both passenger and vehicle ferries. Services are regular and it isn't uncommon to commute via the ferry.

Taxis are readily available in Seattle’s city centre. One can hail a taxi from the side of the street in the downtown area, but those travelling from outside the city centre should book their vehicle in advance. While commuting by taxi in Seattle is convenient, it can also be expensive.

Ride-hailing applications such as Uber and Lyft are also available in Seattle. Some prefer using these apps instead of regular taxis as they have more control over the route and cost of the ride.

Driving in Seattle is relatively easy and should not be much of a challenge for new expats, as long as they are in possession of either a US or international driver's licence. Peak-hour traffic can be a little aggravating, but unlike in most US cities, drivers don’t find that they are delayed for hours.

Parking can be an issue in Seattle’s city centre, however, and parking options can be very expensive as free parking in the city centre it is limited.

Seattle has an extensive network of bike trails and the city’s temperate climate is generally good for cycling. However, because of frequent rainfall and a hilly topography, protective gear is suggested to avoid unexpected skids or accidents.

Seattle is a pedestrian-friendly city. There are clearly marked sidewalks (footpaths) and crosswalks (pedestrian crossing), where pedestrians have the right-of-way. Vehicles are obligated to stop for pedestrians obeying traffic rules.

►Accommodation in Seattle provides a useful overview of the city's property market for new expats.

Are you an expat living in Seattle?

Expat Arrivals is looking for locals to contribute to this guide, and answer forum questions from others planning their move to Seattle. Please contact us if you'd like to contribute. 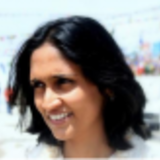 Padmaja Ganeshan-Singh is a new expat from India and a rookie Superwoman. She is the mother of a high-energy preschooler who presents her with the challenges of preserving the culture of her homeland while embracing the culture of her new home in Seattle. From driving on the 'right' side of the road to understanding the craze behind Halloween candy, Padmaja's trying to make meaning out of the madness around her. Visit her blog at www.vasudhaiyer.blogspot.com