Banking, Money and Taxes in the USA

The banking system in the USA is sophisticated and safe. Expats will easily be able to connect with their bank accounts overseas. Using credit and debit cards to pay for goods both locally and internationally is a standard practice in the States.

Almost all international banks are represented in the USA. Those with large operations in the USA include HSBC, Citigroup, Barclays, Deutsche Bank and Credit Suisse. Expats who have an account with one of these banks will find that they can assist in opening an account in the US as well.

Major banks in the USA include the Bank of America, Citibank, JPMorgan Chase and Wells Fargo. All of these banks offer access to a variety of bank accounts, a network of ATMs, internet banking and branches in most major US cities.

Money in the USA

The official currency is the US Dollar (USD), which is subdivided into 100 cents.

The USA is both a cash and card society. Expats will find both methods of payment accepted almost everywhere, although some of the smallest outlets may not take cards. Bank branches can be found in all major US towns and cities. ATMs are well dispersed.

Banking in the USA

Banking in the USA is extremely competitive. An array of services and rates can make choosing where to open an account confusing. It is often easier to maintain an overseas account, open a US-based account at the same bank, and transfer money back and forth. It's possible to relocate successfully without opening an American account. Expats on short stays usually choose to use their overseas account.

To open a checking account, expats moving to the USA should confirm with their bank what forms of identification are required. Generally speaking, passport, immigration information, social security number and proof of address are expected. Expats without a social security number will likely be able to substitute this with another number, such as a passport number, a tax number, or an alien identification card number.

Taxes in the USA

Tax laws in the USA are hugely complex and made more so by expatriation. Individuals are subject to federal tax at graduated tax rates that vary from 10 to 37 percent of the individual’s income. In addition, immigrants and most non-immigrants are also subject to Federal Insurance Contributions Act (FICA) taxes, which is made up of Social Security and Medicare Taxes. The FICA tax rate is fixed at a certain percentage and is divided equally between the employer and the employee.

Paying taxes as a resident in the US

The determination of tax residency is important as residents are subject to tax on their worldwide income in the same manner as US citizens. A “resident alien” is defined as a foreign national who meets the provisions of either the Green Card Test (GCT) or the Substantial Presence Test (SPT).

US residents are required to file an annual individual tax return, disclosing their worldwide income received that given tax year. US residents who paid foreign income taxes on income from another country qualify for a foreign tax credit or deduction.

Paying taxes as a non-resident in the US

Individuals who are not considered residents for tax purposes are classified as “non-resident aliens”. Non-resident aliens are subject to tax only on income derived from sources within the United States. US-source income includes remuneration from employment, self-employment and trade or business activities conducted in the USA.

Non-resident expats may also be exempt from some forms of taxation such as Social Security and Medicare taxes.

Tax advisors in the US

The United States has an extensive network of tax treaties that further complete the taxation of both resident and non-resident expats. Professional tax advisors are widely used by US citizens even with less complicated tax returns. It is thus highly recommended that expats moving to the USA hire a tax planner specialising in expat taxes.

►Wondering what to budget for life in the USA? Read the Cost of Living in the USA page for more information

Are you an expat living in The USA?

Expat Arrivals is looking for locals to contribute to this guide, and answer forum questions from others planning their move to The USA. Please contact us if you'd like to contribute. 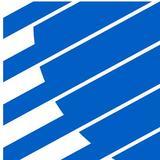 Related Questions for The USA