Areas and suburbs in Mumbai

Luckily, for many the task of deciding where to live in the sprawling city of Mumbai is taken care of by their employer. For those going it alone, however, finding accommodation in this metropolis can be both incredibly rewarding and equally frustrating. As one of the most diverse cities in India, there is an astonishing breadth of areas and suburbs in Mumbai to choose from.

The most important factor in choosing where to live is proximity to work and to schools, if children are involved. Commuting in Mumbai can be a hassle – traffic is horrendous and not everyone has the gumption to brave the local trains and buses.

Known as the Queen of Suburbs, Bandra is a popular home for expats as well as Bollywood stars. It is widely accepted as one of the most cosmopolitan areas of the city; single women, co-ed friends and mixed couples won’t have as much of an issue finding housing here, unlike some more conservative areas of Mumbai. One of the most sought-after areas in Bandra is the Pali Hill neighbourhood. Its winding lanes are home to buildings with gates and security. The area is mostly residential, but shops and restaurants are just a short walk away. Another well-known area is Carter Road – a promenade where all buildings look out onto the Arabian Sea.

If Bandra life is too busy, try heading a little farther up north to Khar. The rent tends to be cheaper and the traffic a little more manageable in this area. The fashionable Linking Road shopping corridor extends up into Khar and there are also plenty of sporting facilities.

Andheri is one of the largest suburbs in Mumbai. What was once just a sprawling series of residences is now becoming a trendy area with popular restaurants and shopping centres.

Andheri’s train station is one of the busiest and most hectic in the city – just try getting on a southbound train during the morning rush. This means trains come fast and often, but the crush of people might be too much for some expats to handle.

Juhu is a small, but fashionable neighbourhood located right beside the Arabian Sea. The area is home to lots of high-end hotels with swanky restaurants and trendy boutiques. Locals flock to Juhu beach on Sunday evenings for a stroll along the waterfront.

South Mumbai is one of the most expensive real estate markets in the world, and apartments here are incredibly difficult to find. Some of the most popular and expensive neighbourhoods are Cuffe Parade, Breach Candy, Kemps Corner, Mahalaxmi and Cumballa Hill. South Mumbai is the heart of the city, and gorgeous architecture from the British era still dominates the scene. The area is also home to a number of excellent schools and healthcare facilities. 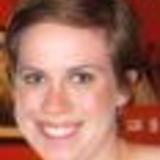 Abby began her journalism career at the tender age of 7 when she produced a one-page newspaper that she left on her neighbours' doorstep. She hasn't looked back since. She moved to Mumbai for love, opportunity and adventure. Most of her energy is consumed by crossing the road and searching out the city's best sev puri. Follow her blog, One Way Bombay.