Getting Around in Mumbai

One of India's busiest, most populated commercial centres, there are various options for getting around in Mumbai. Public transport is often overcrowded and foreigners who can afford it usually prefer private transportation. But driving in this bustling metropolis isn't easy so most expats hire a local driver to navigate its streets.

Expats moving to Mumbai will find that there are several modes of transport available when it comes to getting around. From the ultra-modern metro system to the archaic double-decker buses, the options for getting around this bustling metropolis will certainly make it an adventure.

The Mumbai Metro currently has one line which serves 12 stations. Several additional lines are in various stages of planning, approval and construction. Carriages are air-conditioned and comfortable. Metro users won't have to wait long for a train, with one arriving every four minutes during peak hours and every eight minutes during off-peak periods.

Carrying more than 6 million commuters a day, trains in Mumbai are one of the most popular modes of transport for the average Mumbaikar, but they won't meet most expats' standards. Stations and passenger cars are often poorly maintained, carriages are overcrowded and there is usually no air conditioning.

Taking the Mumbai Suburban Railway may be a worthwhile cultural experience, but the crowds and congestion deter most expats from making it a regular means of transport.

Bus networks in Mumbai are quite extensive but not always easy to navigate for new arrivals. They're an important part of the city's public transport network, but overcrowding and their vulnerability to traffic jams mean that few expats use them. Some buses are air-conditioned and are the recommended choice for expats that do decide to use the bus.

Taxis are the most common form of transport for expats travelling short distances. They can either be hailed on the street, at taxi ranks, or in advance over the phone. All taxis have meters and are obligated to use them – if a driver doesn't want to use theirs, expats should insist that it be turned on or otherwise catch a different taxi.

Ride-sharing applications such as Uber are another option and are fully operational in Mumbai.

Expats mostly prefer to get around using a private car in Mumbai. These can be hired through various agencies and usually come with a personal driver; employers often hire them for their expat employees. While it is a convenient and comfortable option, traffic means it isn't always the most efficient. 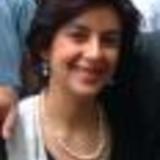 Meenal Roopchand, born in Mumbai, lived overseas for most of her formative years; most extensively in South East Asia and Africa. Meenal is very comfortable with foreigners and could be described as a people's person. It's been her passion to work with expats, guiding them through the hurdles of relocating to South Mumbai. If moving to Mumbai, contact her for relocation help.