Areas and suburbs in Taipei

Taipei is a compact city, meaning that just about any area can be convenient to live in, but it's also densely populated. This can make getting around slower than one might think.

Each area and suburb of Taipei has its own unique qualities and there are plenty of options for expats looking for accommodation.

Quiet and family-friendly areas in Taipei

While expats in various life circumstances will enjoy living in these areas, they are also ideally suited to families as they're less busy and more suburban than other areas in the city.

The Danshui area is located at the northern terminal station of the Danshui MRT line. The area is quiet, with a small-town feel, and is close to some beautiful beaches. There's much for expats to enjoy in Danshui. Residents can travel to the mouth of the Danshui River and enjoy a day out of the city, take in Danshui’s old street for unique gifts and food, or hop on a bus out to Fisherman’s Wharf to enjoy the catch of the day and, on the way back, check out Hong Mao Fort, a beautifully maintained historical site from the days of Portuguese settlers.

The downside to Danshui is that there are fewer amenities and it's a long commute into Taipei for work. The area can also be crowded during the summer months

Da’an is predominantly home to families. Many expats choose to live here for its convenient location close to work and for its family-friendly atmosphere. There are plenty of excellent places in this neighbourhood to eat, hang out and play. Among these is the popular Da’an Forest Park, one of the city’s largest green spaces. Close by are the Jade and Flower markets, which are open on weekends, as well as the Zhongxiao Dunhua and Fuxing shopping areas.

Housing is relatively affordable, and there are great amenities in Da'an, but it's heavily populated and public transport is a bit more limited.

Just across the Dahan Stream lies the Dazhi District. Largely residential, it provides a convenient respite from the city’s bustle. Residents can enjoy Dazhi’s riverside park areas complete with paved bike paths that stretch across the city.

Neihu is home to a thriving community of multinational companies, high-rise luxury apartments and green spaces that entice and encourage family living without the commute. It hosts some of Taipei’s largest stores such as Costco, Carrefour and RT-Mart, and expats can enjoy world-class shopping at Miramar Entertainment Park, where kids can take a ride on a huge Ferris wheel.

Songshan is another favourite option for expat families who want to live in a quieter neighbourhood. Located just north of Zhongxiao Road, Songshan features a variety of restaurants, neighbourhood parks and older apartments. It tends to be one of the more expensive areas but is a great place to raise a family in a convenient location. Each small neighbourhood-within-a-neighbourhood is designed to meet all a family's needs. The area is well-connected via the Songshan Airport and Songshan train station, and there is lots to see and do.

Young foreigners tend to enjoy living in these areas as they're centres of nightlife and urban culture.

These are Taipei’s official student areas, dominated by an eclectic mix of foreigners and locals. This makes for a colourful melting pot of food, fashion and culture. Shida (National Taiwan Normal University) is Taipei’s liberal arts campus. A short distance away is Taipei’s premier university, Taida (National Taiwan University). The large population of students make this an affordable and interesting place from which to enjoy Taipei.

The glass and steel heart of Taipei, Xinyi is young and modern. The district has all the trappings expected from any modern city. Many of the best restaurants, nightclubs and designer shopping opportunities are available here. Whether a person wants to have a beer, dance the night away in a nightclub, shop for the latest styles, or take in a movie at Warner Village, Xinyi District has it all.

►For an overview of transport in the city, read Getting Around in Taipei

"We chose to live in New Taipei City, because the cost of living was much lower, and the MRT made the commute to the city centre very easy." Read more about Nick's expat experiences in Taipei.

"I (and many others) prefer to live in one of the more traditional Taiwanese suburbs on the fringe of the city, where apartments are cheaper..." Learn more about Richard's thoughts on living in Taipei.

Are you an expat living in Taipei?

Expat Arrivals is looking for locals to contribute to this guide, and answer forum questions from others planning their move to Taipei. Please contact us if you'd like to contribute. 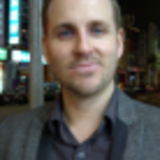 Ryan Campbell hails from Toronto, Canada. After getting his journalism degree, he worked in radio and television as a reporter/newscaster. Within a couple of years, Ryan was bitten by the travel bug and set his sights on Asia. For the last seven years, Ryan has worked as a freelance editor and graphic designer based in Taipei. He enjoys the fast-paced life of Asian cities, and the interesting challenges and opportunities that being an expat presents. Cavorter, caperer, and general online schmoozer, Ryan is happy to be in the arms of sweet Lady Asia, where he co-blogs about his experiences and is always happy to help his fellow expats.