See and Do in Oslo

Located at the heart of a Norwegian fjord, Oslo combines the advantages of a European capital with the benefits of a small city.

Expats will find plenty to see and do in Oslo. It's one of the safest cities in the world, and whether they choose to do a bit of sightseeing, absorb some of the surrounding natural beauty, or indulge in the café culture, they can count on a pleasant experience.

Sightseeing in Oslo is entertaining and convenient. Expats will likely still have energy at the end of the day to enjoy a dinner at a nice restaurant or party with friends. Most attractions are closed on Mondays and hours can vary depending on the season, so it is best to check before making plans.

Here are some of the most popular attractions in Oslo:

One of the main attractions in Oslo, Holmenkollen is the city’s famous ski jump complex. It can be reached by taking the metro and walking up the hill. The view is amazing from the top, which is also where skiers take the plunge. It is also a symbolic monument to Norway’s unconditional love for winter sports and houses the world’s oldest ski museum.

The Oslo Opera House was inaugurated in 2007 and won the Culture Award at the World Architecture Festival in Barcelona in October 2008, as well as the 2009 European Union Prize for Contemporary Architecture. The building resembles an iceberg and its seaside location, and the combination of its white marble exterior and wooden interior can evoke strong emotions. Expats can take tours once a day at noon or can book a group tour.

Located in Slottsparken (Palace Park), this is where the King and Queen live and wave at the people of Norway from their balcony on National Day (17 May). It is one of the rare places that offers tours on Mondays, although tickets must be purchased in advance.

Home to the famous painting “The Scream”, this museum is a firm favourite. Regular exhibitions are held that explain facets and periods of Edvard Munch’s work. Opening hours vary according to the time of year, and the museum is closed on Mondays.

Visitors travel in time as they walk the streets of this open-air museum. It is built like a village, with houses and stores of different time frames in Norway. It is even possible to go inside some of the houses to see how people used to live. The museum makes for a great family outing, with attractions such as a store that sells old-fashioned candy, where everything looks like it’s taken out of the early 1900s.

Henrik Ibsen was one of Norway’s most famous writers. The beauty and the eloquence of his plays have inspired some people to learn Norwegian just to be able to grasp their essence. The museum devoted to his life is intimate and fun, and visitors can also take a guided tour of the apartment where he used to live.

►Lifestyle in Oslo gives information on more activities in the city 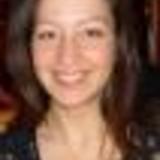 Gisèle is a Franco-salvadorian who enjoys writing about life in Norway and the nuances that make the Norwegian culture so different from others. She leads a career in IT Consulting and lives with her husband and daughter in Oslo. She was 18 when she moved to France, where she met the rest of her family and a culture that became her own. Paris was her home for nine years before she met her husband. Now, they've moved to Norway, where they enjoy family life and new cultural discoveries.