Norway is an egalitarian society with flat hierarchies and power structures that do not keep management and employees estranged. Norwegians often work across hierarchies rather than down through the line. The leadership style is informal, and is based on employee freedom with responsibility.

Despite some initial cultural differences, expats should find Norway a very easy country in which to do business. The country ranks highly on international business surveys, with the World Bank's Ease of Doing Business Survey for 2019 ranking Norway 7th out of 190 countries, testament to its advanced economy and transparent business practices. The country scored particularly well in the categories of resolving insolvency (5th) and enforcing contracts (3rd).

Monday to Friday, from 8am to 4pm.

Norwegian, but English is spoken throughout with a high degree of fluency.

Business dress is determined largely by industry. The banking, finance and sales sectors are more formal and often require a suit, while technical staff will have a more casual dress code.

Most companies have a policy restricting their employees from receiving gifts. If an expat wants to give a business connection a gift, it is better to invite them out for dinner instead.

Norway is a fully equal society; women doing business in Norway will receive the same treatment as men.

Most Norwegians use first names in a business setting after the first introduction. Males and females shake hands as equals and in no particular order, but on a daily basis usually just greet without shaking hands.

Business culture in Norway tends to be relaxed and informal, and sometimes a bit unstructured. Coffee breaks are regular and socialising and having fun at work is encouraged, as it is believed that cheerful employees will be more productive. Norwegians have a strong balance between work and leisure, and most people leave the office at 4pm.

The key to successfully doing business in Norway is understanding the concept of egalitarianism, a belief in the inherent equality of people. Everybody feels like they can interact directly with everybody else in this Scandinavian country, and in line with this principle, Norwegians tend to establish direct contact with the person who can get things moving, rather than doing everything through the line. Egalitarianism also means that excessive displays of wealth are likely to be considered inappropriate and in bad taste.

The hierarchy is often quite flat, and decision-making models are based on consensus and compromise. Decisions may take a long time because of this, as many opinions need to be taken into account. Expats are expected to participate in the discussions, and need to bear in mind that decision-making may be a slow process in Norway. Norwegians are generally unafraid of disagreeing with a superior, another likely consequence of its egalitarian society, in combination with strong job protection and an extensive social welfare system.

The Norwegian management style is based on freedom with responsibility; a leader is more likely to delegate tasks to be solved than to give detailed orders. The leader will not follow up closely, and will usually give the subordinate freedom to figure out how and when to solve the task, as long as it is completed within the deadline. Norwegian employees are accustomed to this freedom, and understand that it also demands an inherent sense of responsibility.

Meetings in Norway will start on time, and will usually address points of business quickly, with only a few minutes of cursory small talk beforehand, which is typically done before everybody is in place. Meetings are usually conducted in an informal way, and often without any note-taking or minute-keeping.

Dos and don’ts of business in Norway

►Pros and Cons of Moving to Norway gives a balanced view of life in the country.

►Know what to expect with Culture Shock in Norway. 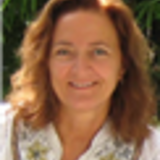 Based in Bergen, Norway, Karin is the Founder and Chief Executive Officer of Ellis Culture and Consulting.  She develops and holds trainings on multicultural communication, and consults in regard to international culture.

She has lived and worked in many different countries, and has 27 years of experience working for large companies in Norway with a global presence.  The trainings she gives are based on practical experience from living and taking part in business life in these countries, as well as global projects with participants from many nations, including remote collaboration.  She has developed and held cross cultural trainings for more than 1000 participants from many countries.

Karin established Ellis Culture and Consulting to be able to focus fully on how to achieve better communication, less frustration and improved quality through increased cultural awareness.

Companies will only succeed in achieving the full potential of internalisation/globalisation when they see the value of increased cultural awareness.

She can assist expats to Norway by offering insight into Norwegian culture in a business and social setting. She will give practical advice based on daily life in Norway, combined with concrete hints and tips on how to act in typical scenarios that are likely to result in a culture shock.

She travels regularly, and has started doing voluntary work to learn about new cultures.