Banking, Money and Taxes in Norway

Banking in Norway is fairly straightforward. Given the country’s high level of technological advancement, most transactions take place online and with cards.

It is important for expats moving to the country to get a national ID number, which makes it possible to open accounts and carry out transactions.

The official Norwegian currency is the Norwegian Krone, or NOK, which is divided into 100 øre. It has become one of the world’s most stable and powerful currencies.

The Krone is available in the following denominations:

There is a variety of banks for expats to choose, with the main banks in Norway being Bank Norwegian AS, DNB ASA and Handelsbanken.

Banking hours in Norway are generally 8am to 3.30pm. People often find that once they have their Norwegian bank card, they very rarely need to set foot inside a bank branch.

Online banking is very common and is used for just about any transaction. Mobile banking is also commonplace but it can take some time for expats to master, especially as the systems are mostly in Norwegian.

It is vital for expats to open a local bank account if they plan to live and work in Norway. In order to do so, they need a national ID number called a personnummer. This national ID number, which every resident and citizen must have, is necessary to get paid, pay taxes, open a business and receive social benefits such as medical services, unemployment compensation and parental leave. It can take some time for the national ID number to come through so expats should begin this process as soon as possible.

Expats should remember to bring their passport and a passport photo and to take a queue number when they walk into any bank.

Most financial transactions in Norway are conducted with a debit card issued by a local bank. ATMs are easily accessible, but cash is becoming rare in this highly technological society. Cheques no longer exist and are considered archaic.

While it’s true that taxes are very high in Norway, expats may be pleasantly surprised to find that they are not as high as they feared.

Taxes go toward public services such as healthcare, hospitals, education, transport and communications. Thanks to the strong Norwegian economy, residents can rest assured that they will receive free (or subsidised) healthcare, education, pension, paternity leave and employment benefits.

The Norwegian tax year begins on 1 January, and it is important to remember that even non-Norwegian expat residents are taxed on their Norwegian income. Special rules apply to those who have lived in Norway for less than six months, and foreign citizens are given a discount on taxes for the first two years of residence in Norway.

Norwegian residents are taxed on their worldwide income, but there are double taxation agreements with the UK, the US and other countries. Expats can obtain more information from their local tax office (ligningskontor).

Norwegian employers are obliged to deduct tax from employees before they are paid. Once a person has found employment in Norway, they are responsible for obtaining a tax card from the local tax office. An expat’s employer and local tax office can help with this process, providing all necessary information on how to apply and what must be enclosed with the application.

Declaring personal taxes is an organised, systematic and simple process. Once an expat is listed in the Norwegian system, they will receive a tax declaration with the tax authority’s details and estimates of their income, assets and debt.

►Working in Norway gives information on employment in the country

►Healthcare in Norway provides an overview of the Norwegian system 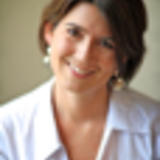