Getting around in Seville

While this Andalusian capital may be old - it’s one of Spain’s most historic cities - its public transportation system is anything but aged and out-of-date. The options for getting around Seville are modern and efficient, and the city is easy to navigate, offering a variety of methods for getting to and from here and there.

For expats living in Seville, a car is an unnecessary evil. The historic centre is tackled easiest on foot, and driving through the windy one-way streets can be complicated and stressful.

So overall, instead of driving, expats should plan to get around Seville on foot, or by bicycle, bus, tram, metro, train and taxi.

Getting around Seville is simple, primarily because the city centre is quite small. A person can walk from one end to the other in less than a half an hour, and there are plenty of storied landmarks that can double as great meeting points or memory joggers. The Seville Tourism Office provides walking maps where one can find all of the centre’s famous monuments for those initially acquainting themselves with the layout.

Do be careful when walking though, and take care to stay on the sidewalk whenever possible. On the small, one-way streets, cars, motorbikes and bicycles must also make their way past, and sometimes it’s even necessary to press against a building to allow a large vehicle to move forward.

Only cross the street at official crosswalks, as jay walking is discouraged and dangerous.

Seville has a variety of public transportation options to fit the needs of all its citizens and visitors. It offers a public bicycle lane and bicycle rental system, an urban bus system, a tram line, a metro line, two train stations, and many official taxis.

Both expats and tourists benefit tremendously from Sevici, Seville’s public bicycle sharing program. In line with the program, a two-way bike lane surrounds the historic centre, and there are bicycle rental stations throughout.

You can purchase a one-week membership to Sevici at any of the stations or you might opt to mail in a long-term application for a year’s membership.

Membership entitles you to swipe your card at any station and take out a bicycle at anytime. If you return the bike within a half an hour your rental is covered by your base membership fee. This is an excellent and inexpensive way to get around Seville. Just make sure to respect traffic laws and stop at red lights.

Along with getting around by bike and on foot, Tussam, Seville’s city bus system, is one of the most popular and efficient means of public transit available. Residents have the option to purchase a rechargeable multi-trip bus card at any tobacco shop or kiosk for a one time deposit fee.

When waiting for the bus people are expected to form a line and respect the order.

The only downside to the bus system in Seville is its schedule. Day buses stop running at 11.30pm (right after Spanish dinner time), and night buses run only until around 2am (a time when the night may be just getting going for many).

Seville’s metro is one of the least efficient means of transport in the city. Made up of only line, the metro’s reach is severely limited. The city plans to create at least two more lines, but until then, this form of transport is only useful for limited numbers of people.

It is an adequate alternative for getting from the historic centre to the Nervion shopping mall (but you could also make the trip by bus or by tram). The metro’s price depends on how many zones you pass through.

The tram line (T1) was recently expanded to connect the historic centre and the San Bernardo train station, making it a good alternative to the bus. It is a comfortable and efficient way to get around; although, many prefer walking the short distances its routes cover. You can use your bus card, which is a convenient advantage compared to the metro.

There are plans to expand the tram to reach Seville’s main train station, Santa Justa, which would certainly increase its efficiency.

Seville’s train stations connect the city with the rest of Spain.

Santa Justa is the main station and is also a regional hub. In addition to the standard locomotives, it also offers the renowned high speed AVE train to cities like Madrid and Barcelona.

Ticket prices range based on the destination you’re travelling to and the train’s speed.

From Santa Justa train station you can make it to the downtown area by foot in about 20 minutes, or you can take the bus or a public bike for a quicker option.

Seville is filled with plenty of official green and white taxis. Fares depend on the distance and the time of day. Drivers are strict about only transporting four people per taxi, and will charge you extra for luggage.

It is always a good idea to ask for a rate estimation before taking a taxi in Seville. When paying for your taxi you aren’t expected to leave a tip, but as in restaurants, rounding up the bill is always appreciated.

Scooters, motorcycles and driving in Seville

Having your own vehicle in Seville is not necessary; however, if you often travel outside of the city, having a car is convenient. If you do have a car expect to rent a garage space, as street parking is extremely limited and break-ins are common.

Another option is buying or renting a scooter or motorbike. For a small scooter a driver’s license isn’t necessary, and utilising this mode of transit can definitely make it easy to get around the city quickly. As always, safety is encouraged and helmet laws are enforced.

►For more about owning your own vehicle, see Buying a Car in Spain

Are you an expat living in Seville?

Expat Arrivals is looking for locals to contribute to this guide, and answer forum questions from others planning their move to Seville. Please contact us if you'd like to contribute. 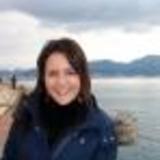 LaurenAloise Our Expat Expert
Lauren Aloise first fell in love with Spain and then with a Spaniard. She currently lives in Madrid with her husband, and while not out trying new tapas, she works as freelance writer and English teacher. Lauren also provides Spanish cooking classes and runs two successful blogs about expat life and food: "Spanish Sabores" talks about the ups and downs of being an expat and provides excellent travel advice and Spanish recipes, and "Recetas Americanas" is a wonderful resource about American food, complete with pictures and recipes.