Pros and Cons of Moving to Seville

Seville has a vibrant culture and colourful history; although it is a big city it still maintains the charms of a small town and offers expats a slower pace of life than many other European cities. Nevertheless, as with every city, along with these positives, come the negatives. Below is an overview of the pros and cons of moving to and living in Seville.

Lifestyle and culture in Seville

+ Pro: Vibrant culture with many options for entertainment

Seville is everything you think about when imagining Spain: a place where the tapas culture is an everyday routine, where flamenco compás echo through alleyways at night, where bullfighters are carried out of the ring like heroes. Many argue that it's Spain's most romantic and quintessential city, and its culture, from colourful history to its celebrated Spring festivals, never disappoints.

While the population of Seville and its surrounding towns doesn't reach more than 1.2 million, it’s a city big enough to have all of the amenities of any other metropolis, while retaining the charm of a small town. People from all over the world have come to Seville looking for a slower pace of life in one of Europe's most temperate cities. Groups such as the American Women's Club and Couchsurfing have active communities, and there are language exchanges, flamenco and cooking courses, and arts groups all over the city. In a place as friendly as Spain, it's easy to make connections.

The old saying goes, “Sevillanos are the first to invite you to their home, but never tell you where they live”. Social circles in Seville often extend back ages, so breaking into their social scene can be difficult, causing you to run back to expat circles.

One of Seville's most attractive qualities is the way in which people live and the slow pace of life they adopt. Lunches are long and leisurely, and the concept of time is practically non-existent.

- The pace of life

On the flip side, Seville's mañana, mañana attitude can mean bureaucratic hold ups, missed appointments, long lines and plenty of frustration. Additionally, the city employs many civil servants as the capital of the Autonomous Community of Andalusia, who have the reputation of doing as little work as possible because of their job security.

Because Seville is small, virtually anything in the city is central, and there are housing options for every taste. Each neighbourhood has its own feel, and renting a room or apartment is cheap, especially when compared to other Spanish capitals. In Seville, expect to pay around 250 euro for a bedroom in a shared apartment in one of the central neighbourhoods, or 600 euro a month for a two-bedroom apartment. The general rule is, the closer to the centre, the more expensive rent will be.

Spain's economic crisis has caused a housing market crash, and the skeletons of proposed building projects remain around the country. Now is the right time to buy in nearly any corner of Spain, as prices have fallen drastically.

Many homes in Seville have been passed on through generations, resulting in old houses in need of some reparations. Be sure to ask your landlord who will cover any necessary repairs, even if just to a small appliance. Additionally, houses in the city often do not have dryers, ovens or central air conditioning or heat.

Spain's crime rate is extremely low compared to other countries, and this number is falling. Estimates show that the crime rate for 2011 was 3.6 percent lower than 2010, resulting in about 45 crimes per 1,000 citizens. Other countries in Europe average around 70.

- Con: The most common crime is petty crime

Despite the low crime rate, petty theft is rampant. Always be aware of your belongings and keep them close by. If something has been stolen, always report it to the national police, particularly if it's been stolen by force.

Seville is flat, counting just one hill in the entire city. This makes using your own two feet the preferred mode of transportation, especially thanks to a pedestrian-friendly centre. There's a new underground metro line, as well as a light rail to move you to areas a bit further out.

Health care is available to anyone legally residing in Spain through the government's social security system, and insurance is almost always paid by the employer. Many foreigners often opt for affordable private insurance (about 100 euro for a family of four), which allows for less wait time and greater access to specialists.

Because doctors under the public healthcare system are civil servants, the drastic cuts across the country have also impacted health care. Expect long lines in urgent care clinics and waiting a long time to see a specialist. Spain recently raised the added VAT tax, too, so prescriptions are 8 – 10 percent higher.

+ Pro: Public and Concertado schools are government-funded and university education is cheap

Spanish education comes in three forms: public and government-funded, concertado and funded in part by the Spanish government and the Catholic church, and private. The government absorbs the greatest part of the cost, so families pay the fees for books, school supplies and specialised courses, and possibly bus routes, uniforms and afterschool activities. Moreover, studying at a public university in Andalusia is far cheaper than most countries – 2012-13 students will pay around 2,200 euro a year for tuition.

In following suit, public education is suffering from the economic crisis. This means that classrooms are more cramped and teachers overworked, and many argue that the quality of education will be affected.

+ Pro: Many working holidays and a full month paid vacation

Full-time employees enjoy many local holidays, a full two weeks at Christmas paid, and many days off during Easter and the local fair. What's more, one month's vacation is the norm for employees, often taken in August.

With unemployment hovering around 30 percent nationally, finding a job as a foreigner in Spain is extremely difficult. A company must prove that no other European Union citizen is more qualified than you, as visas for non-Europeans are costly, time-consuming and not always granted. The most common profession for young foreigners is teaching.

Making a decent living in Spain might be lower than poverty level in your home country. Most sevillanos earn between 1,100 and 1,800 euro each month after taxes. If you make less than 18,000 euro during the fiscal year, you're exempt from paying taxes.

Travel in and out of Seville

Spain's public rail company is regarded as one of the best in the world, connecting even far-flung corners of Spain with over 15,000km of track. RENFE, the Red Nacional de Ferrocarriles Españoles, is known for service and their on-time guarantee.

Tourism is one of Spain's greatest and most lucrative industries, with major brands recognisable throughout the world, providing the same standard of quality wherever you are. Additionally, Spain has a number of UNESCO World Heritage Sites and several touted cuisines, making it a favoured European destination

Because of the well-established tourism industry, visitors flock to Spain, particularly in the summer and to the coastal regions, like the Costa del Sol and Costa Dorada. For this reason, hotels and restaurants sometimes operate a separate price quote for heavy tourist seasons and local holidays. Traveling off-peak can be more enjoyable and affordable.

►See and Do in Seville

Are you an expat living in Seville?

Expat Arrivals is looking for locals to contribute to this guide, and answer forum questions from others planning their move to Seville. Please contact us if you'd like to contribute. 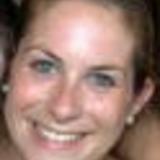 Chicago girl living and working as a teacher in Seville, Spain, since 2007. Check out my blog, Sunshine and Siestas.