Expats moving to Israel do so for various reasons. Many are attracted by the culture or faith, while others are drawn to the vibrant economy and thriving technology sector.

Uniting these disparate motivations is likely an intense and never-neutral part of the experience of living in Israel. The country evokes passionate responses from people, and expats moving to Israel should expect far more political and emotional wrangling than other foreign countries might provide.

Even though its landmass is actually smaller than the US state of New Jersey, there are around 8.5 million people living in Israel. It is the world's only official Jewish state, and a huge proportion of the population is Jewish. Due to a continuous influx of immigrants over the years, the population is diversified with Arab, American, European, Russian, Asian, and African nationalities. The official languages in Israel are Hebrew and Arabic. English is spoken widely, especially in urban areas and in businesses, and is the country's unofficial third language.

Although safety can be a concern in certain areas of the country, expats in Israel are generally free of this concern and tend to live in one of its main cities, including Jerusalem, Tel Aviv, Haifa and Be'er Sheva.

Israel’s modern and diverse market economy is built on several industries, including agriculture, biotechnology, construction, electronics, information technology, manufacturing, telecommunications and tourism.  As such, expats working in Israel tend to find employment in these industries. Israel’s technology industry, in particular, has attracted massive foreign investment. With this influx of capital, ample opportunities for talented and qualified expats have subsequently arisen.

Although the cost of transport and food in the country is reasonable, high accommodation costs and low salaries compared to other developed countries means that the cost of living in Israel can be high. Despite Israeli public schools being both free and of a generally high standard, many expats send their children to international schools, as the language of instruction in public schools is Hebrew. Tuition for international schools is high, further increasing the cost of living for expats with children.

Israelis are very proud of their achievements in building an innovative and multi-cultural state. Expats who can adapt to Israel's unique, and often tense, political circumstance will be able to experience a life which is both varied and full of flavour.

"I like the European feel of where I live, the appreciation of life to be lived, and not to achieve, succeed or acquire items that I felt growing up in the States."  Aviva Yoselis, an American expat, has been living in Jerusalem since 1996. Read about her expat experience here.

"Tel Aviv has a lot to offer, and I particularly love its vibrancy and variety of great restaurants." Abi Nurser moved to Israel in 2011, after visiting as a backpacker and falling in love with a Israeli. Read about her experiences here.

Are you living in Israel? We are always looking for local "expat experts" to contribute to our Israel guide and to answer forum questions for people moving or planning to move to Israel. Please contact us if you would like to contribute.

Are you an expat living in Israel?

Expat Arrivals is looking for locals to contribute to this guide, and answer forum questions from others planning their move to Israel. Please contact us if you'd like to contribute. 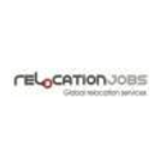 Relocation Jobs is a Tel Aviv based destination service provider and global mobility company. Relocation Jobs provides companies with comprehensive solutions that can be custom tailored to facilitate the corporate relocation process and ensure a smooth transition for companies and employees. Relocation Jobs has an expert staff, our recruitment and headhunting team specialize in understanding the needs for relocation and are knowledgeable in a range of industries.

Relocation Jobs offers corporate relocation packages as well as mix and match services to meet our clients' needs. Our services include recruitment and headhunting; employment of record services; payroll outsourcing; cost of living surveys and cost analysis; group moves; relocation planning; taxation and legal consulting; full administration for the relocation process; and destination services. These services are designed to meet needs on the macro and micro level, from general planning of relocation packages, cost saving efforts and budgeting, to visas and permits, medical insurance and on the ground needs of individual employees.

At Relocation Jobs, we understand that to compete today in the globalized market companies require the right tools to succeed our the world.