Getting Around in San Francisco

Getting around San Francisco is relatively easy regardless of whether an expat chooses to drive themselves or to take advantage of the city’s public transportation.

The city is slightly less than 50 square miles (around 129km²) in size, so many of the places that people want to visit are within walking distance. Expats should, however, keep in mind that San Francisco is a city of hills, some of which can be very steep. This is worth paying attention to as new arrivals begin to orientate themselves.

People who enjoy walking are likely to find it easy to walk through most areas of the city but may opt to take public transportation in the areas where the hills are at their steepest.

Many expats living in San Francisco do own cars, but it's possible to get by without one.

There are many public transport options for expats living in the city. Most residents use buses and trains for getting around San Francisco on a day-to-day basis. However, making use of the city's famous cable cars and ferrying across the Bay make for a nice change when enjoying a leisurely day out in the city.

Bay Area Rapid Transit, or BART, is the rail system that moves through the city. With six lines and nearly 50 stations throughout the city, it's a quick and easy way to travel.

BART trains arrive every 15 minutes on weekdays and every 20 minutes at night and on weekends. Service begins between 4am and 6am and ends around midnight.

Bus services are fairly frequent during the day when buses stop at six- to 20-minute intervals, depending on the particular route and time of day. Owl services which run through the night are, however, slightly more limited. It generally only takes one or two buses (with minimal walking) to reach most destinations from anywhere in the city.

Buses vary in how crowded they are and will occasionally pass a waiting commuter if they get too full, which is the only major inconvenience for someone using them as their primary mode of transportation.

It is easy to find taxis in San Francisco, including the traditional yellow cabs as well as eco-friendly green cabs.

Taxis is San Francisco are reasonably priced, especially since travel distances around the city tend to be short. Frequent use of taxis does add up in cost but they are a great way to get around quickly and efficiently.

It is safe and easy to wave a cab down on the street or they can be called in advance. Taxis are available at all hours of the day and night.

Ride-sharing services such as Uber and Lyft are also available in San Francisco.

Getting around San Francisco in a car is fairly simple, although expats living in the urban city centre will certainly encounter some traffic problems. For instance, when travelling in the same direction as the flow of rush hour traffic, expats are likely to find that they will get stuck waiting in some areas.

One of the things to get used to when driving around San Francisco is the large number of one-way streets in the city. There are many areas of the city where drivers cannot make left turns off of major streets so they have to make a series of right turns instead. This can be frustrating when first adjusting.

The major problem for most people who own cars in San Francisco is not driving but rather parking. Parking lots in the city are expensive. Most areas allow street parking for free but only for two hours at a time. Expats will find that their best bet may be to purchase a parking permit for the area in which they live.

►For more on getting around, see Transport and Driving in the USA

Are you an expat living in San Francisco?

Expat Arrivals is looking for locals to contribute to this guide, and answer forum questions from others planning their move to San Francisco. Please contact us if you'd like to contribute. 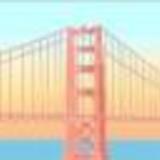