Areas and Suburbs in Hong Kong

There are a number of popular residential areas for expat accommodation in Hong Kong, each catering to distinct lifestyle preferences.

Families with young children tend to favour the southern part of Hong Kong Island, while single expats and young couples prefer the Mid-Levels area. More affluent expats often rent an expensive apartment or a townhouse in the Peak.

Here are our recommendations for expat-friendly areas and suburbs in Hong Kong.

Wan Chai is a cross between a major commercial district and a trendy residential area. It boasts a great selection of hotels, shops, restaurants and entertainment venues, as well as a full range of accommodation types. Rental options in Wan Chai range from budget digs to luxurious serviced apartments. There are many cheap clothing stores to browse in Wan Chai and tasty bargains to be found at the wet markets in the area.

Single expats and young couples in Hong Kong enjoy living in Mid-Levels, an area just south of Central and Wan Chai, and barely 10 minutes' drive from The Peak.

This area is popular among young expats due to its close proximity to the city centre's vibrant nightlife. Mid-Levels is also a good area for expat families as there are good private schools nearby, as well as outdoor attractions such as the Hong Kong Zoological and Botanical Gardens.

The extraordinary Central-Mid-Levels Escalator, the world's longest outdoor escalator, runs from here to the city centre. Historical apartments dating back to the colonial era can be found in this area alongside modern, newly built developments.

Expats looking for more reasonably priced accommodation and a sense of integration with the local population should consider renting in this area. Although this neighbourhood doesn’t have any large-scale shopping malls, it does have supermarkets, traditional wet markets and a few good restaurants for expats to enjoy. The apartments here are not only well priced, but generally in good condition too.

Contrary to its name, Repulse Bay is certainly an attractive area, although some may be put off by the high rental prices. The neighbourhood is inhabited by a number of wealthy Hong Kong businessmen and their families. It's an idyllic location for expat families who are attracted to its pleasant, palm-fringed beach and the close proximity to international schools. Those who live in Repulse Bay will need a car, though, as there is no MTR stop.

Not only is the Peak the highest locale on Hong Kong Island, it is also its most affluent residential area. Height restrictions have ensured that the low-rise buildings don’t detract from the beautiful views, nor do they block any of the cool evening breezes that caress the neighbourhood.

Many housing complexes in the area offer communal swimming pools, tennis courts and gymnasiums, and there are also lovely walks to be had in the area. In contrast to Mid-Levels, where high-rise apartment living is the norm, the Peak boasts townhouses and single-family homes. The upper-primary and secondary campus of the highly rated German Swiss International School is located on the Peak.

Happy Valley is an upmarket Hong Kong neighbourhood favoured by many expats, and is most renowned for the famous Happy Valley Racecourse, as well as its close proximity to the shopping and nightlife hub of Causeway Bay.

Happy Valley offers a range of accommodation for expats, from classic low-rise complexes to tall, modern apartment buildings. There are also a number of short-term serviced apartments available for expats to rent in Happy Valley. Those who prefer a quieter area with some green spaces, but who’d also like to be close to the energy of the city centre, would do well to find accommodation in this area.

French families are often drawn to Happy Valley thanks to the close proximity of the French International School.

Jardine’s Lookout is an exclusive residential area located on the mountain above Happy Valley. This area is home to an elite community living in large detached houses and luxurious apartment complexes. Jardine’s Lookout has plenty of useful amenities, as well as a beautiful landscape of wooded hills and great views over Victoria Harbour. There are also international schools nearby for the children of expat families to attend.

Though expats previously regarded the Kowloon peninsula as an inconvenient and less developed place to live, perceptions have changed, and these days many expats are making one of the many high-rise apartments of West Kowloon home. Most of the newer complexes have superb facilities and fantastic communal amenities, but the older apartment blocks will not come so well serviced. Shopping centres abound and the MTR connects to the area, providing a quick commute into town.

Many expat families have also begun to settle in Kowloon Tong as it now plays host to a handful of well-respected international schools. Accommodation here features a rarity in Hong Kong – space – as well as quieter neighbourhoods. Colonial-style houses, low-rise apartments and a smattering of gated communities make up this high-end residential area. Kowloon Tong is serviced by Festival Walk, a ritzy shopping centre, and is connected to the city centre by the MTR.

Sai Kung, a small fishing village, is a popular place for expats and locals alike, and it’s easy to see why people love it. Seafood restaurants line the streets, and the area's many park benches allow viewers to gaze out over the ocean and admire the mountains while watching fishermen sell the day’s catch. Included in Sai Kung is the Sai Kung East Country Park, which is a haven for backpackers, parasailers, hikers, cyclists and campers.

The primary drawback to living in Sai Kung is trying to commute to Hong Kong Island. Sai Kung is not on the MTR line, so those expats making the daily mission for work will find themselves embroiled in a lengthy process.

Apart from that fact though, many expats choose to live in Sai Kung for its close proximity to good schools. Additionally, expats often find that the hassle of travelling to work is offset by the cheaper accommodation and greener scenery.

Lantau Island, an enormous chunk of land, is nearly twice the size of Hong Kong Island and is home to Disneyland, the Hong Kong International Airport and the Lantau South Country Park, the largest country park in Hong Kong. There are also many residential spots on Lantau, including Discovery Bay, a popular place for expats to live.

Most people living on Lantau Island have to travel off the island for work. Thankfully, it is well connected to the mainland via the MTR line and by frequent ferry services.

►See Accommodation in Hong Kong for info on housing options

Photo credits: The Peak by Florian Wehde; Kowloon by Airam Dato-on; Lantau Peak by Ryan Chia. All sourced from Unsplash.

"For a single expat or a couple without a family, Mid-Levels offers the best balance of lifestyle and access to Central. If you have a family then the south side of Hong Kong Island– Repulse Bay, Deepwater Bay, Tai Tam – are all excellent choices." Read more of American expat Leslie's interview about expat life in Hong Kong.

"Expats who love to be close to the beach may want to stay in Lamma, Cheung Chau, Stanley, Repulse Bay or Sai Kung. To those who wish to witness spectacular views of the city may want to be in Mid-levels or the Peak." Check out our interview with Elmer to learn more about his experience of expat life in Hong Kong.

Are you an expat living in Hong Kong?

Expat Arrivals is looking for locals to contribute to this guide, and answer forum questions from others planning their move to Hong Kong. Please contact us if you'd like to contribute. 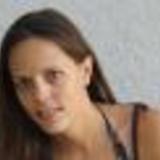 I’m an American expat who has had the fortune of calling Florida, Massachusetts, New Orleans, Caracas, Nairobi, Abu Dhabi, and now, Hong Kong home.  I have two young children and an amazing husband whose job takes us all over the world. I currently work as an editor for the mental health blog, in addition to hosting a blog of my own, Trifecta Writing Challenge.