From its boiling summers that end in monsoons to its diverse mix of people, Delhi is a city that is either loved or loathed by expats. One of the busiest cities in India, it’s said to house more people than it can fit.

Delhi is a mix of old and new, with lovely green spaces such as Lodi Gardens, an idyllic place to jog, picnic or people watch. Modern malls are also trendy and fashionable spots to spend one's free time. While enjoying a cosmopolitan lifestyle, Delhi’s rich culture and history can be seen in its architecture and appreciated in the many monuments and buildings, as well as major events and festivals.

Entertainment and eating out in Delhi

Delhi has a diverse nightlife. The neighbourhood of Mehrauli is great for live music, while Greater Kailash has a large club scene and Khan Market has many bars and roof terraces. Paharganj has grown in popularity for notoriously cheap and cheerful bars, and is a great space for backpackers and young expats. Connaught Place (CP), in the centre of Delhi, is home to a vibrant bar and entertainment scene. In the inner and outer circle of CP, there is live music, a revolving restaurant and bars and restaurants with open rooftops.

A diverse mix of cuisine is available in restaurants across Delhi, from street food vendors in Chandni Chowk to high-end restaurants attached to hotels. If expats want the true taste of Delhi, they should be sure to sample the street food. Getting food from roadside eateries straight after work is a Delhi trend, but expats should head to outlets that look busy as this is where food will be freshly cooked. Hole-in-the-wall places satisfy every palate.

Haggling is the norm in Delhi, especially in the massive stretch of markets across Lajpat Nagar that sell everything a person could ever need. Shoe shops and tailors line the market stands, and kitchen and homeware can also be purchased here. For cheap books, shirts and other clothing, expats should head to Janpath Market.

The more upmarket area of Khan Market has luxury delis and top-class clothing boutiques as well as an ample selection of bars and coffee shops to quench one's thirst in between.

There are several shopping malls in Delhi, each home to plenty of dining, shopping and entertainment options. DLF Emporio, Ambience Mall and The Great India Place are all a shopping enthusiast's dream with lots to explore.

Sports and outdoor activities in Delhi

Adrenaline junkies have plenty of options in Delhi, from bungee jumping and zip-lining to wall climbing and racing through obstacle courses. Various adventure parks can be found in Delhi offering these experiences and more. Expats of any age can also try out go-karting, while camping retreats around the city offer escape.

Active expats can discover a wide variety of sports in the city. Cricket, India's much-loved sport, is a popular choice, while those who prefer hockey, tennis or swimming can also find a venue and club that suits them.

See and do in Delhi

Delhi may be daunting to some, but it's unquestionably delightful. Built on no fewer than seven ancient cities, the present-day metropolis takes in all of them and a lot more. The city is vast and the mantra for expats looking for ways to spend a weekend in Delhi is to try to plan one major outing every day. Below are some of the best things to see and do while in India's capital city.

India Gate is a spectacular archway built as a memorial to the more than 70,000 soldiers of the British Indian Army who died serving the country in various wars from 1914 to 1921, including World War I.

Expats living in Delhi can visit one of India's largest mosques, the Jama Masjid, or Masjid-i Jehan Numa. This impressive building was constructed between 1650 and 1656, and stands as a symbol of cultural and religious heritage as well as a tourist attraction.

Perfect for art lovers, this museum features artworks from the 1850s onwards. It is home to an impressive permanent collection of artworks from paintings and drawings to sculptures and photographs, as well as a number of temporary exhibits on show.

This fascinating museum features a rich collection of original relics, books, journals, art pieces and memorabilia closely connected with Mahatma Gandhi. Included are personal items ranging from Gandhi's walking stick to his urn and the bullet that killed him.

One of Delhi’s most famous attractions is the Red Fort, or Lāl Qila as it is locally known. This distinctive red stone structure is a reminder of the wealth and rule of the Mughal Empire that presided over the area during the 17th century. This UNESCO World Heritage Site cannot be missed while staying in Delhi.

What's on in Delhi

There are lots of fantastic yearly events and celebrations in Delhi that expats can look forward to. Expats can learn about Indian culture and history at these events while enjoying all things bright, colourful, fun and unique. Below are some of the highlights on Delhi's calendar.

Delhi's is the largest Republic Day parade in the country. It takes place along Rajpath at the India Gate war memorial, and expats will be thrilled by this grand display of the culture and heritage of India.

In February, Delhi blooms with a riot of colours when Delhi's Garden Tourism Festival kicks off. This chance to take in the city's floral beauty is a must for all Delhi expats, and attendees can also enjoy performances by local bands while sampling fare from the mini food festival at the event.

Holi is a celebrated Hindu festival to mark the onset of spring and celebrate the victory of good over evil. The night before the festival, bonfires are lit all over the city. The next day, people throw bright powders of all shades at each other, covering the city (and everyone in it) in a riot of colour.

Diwali, also known as the Festival of Lights, is India’s most popular traditional festival. Houses are decorated with oil lamps and candles, the sound of firecrackers echo through the streets, and the skies light up with explosive firework shows.

Where to meet people and make friends in Delhi

Making friends in a new city can be tricky, particularly when there are language barriers and cultural differences. Joining a club or a group of likeminded individuals who share an interest can be a good way of meeting people and networking. We've listed a few options below.

Perfect for expats looking to connect, the Delhi Network is a non-profit organisation that supports expats living in Delhi, and provides a great platform on which to build a network of friends and helpful contacts. It currently boasts hundreds of members from more than 50 nationalities.

The ideal escape from the city bustle, the Delhi Gymkhana Club is set on 10 hectares of lush greenery perfect for picnics, jogging or other outdoor activities. There's also a fitness centre, swimming pools, library, billiards rooms and plenty of other fun to be had. There are also a host of lounges, bars and eateries where expats can connect with other members.

Situated in the posh New Friends residential colony in New Delhi and especially great for expats into sports, New Friends Club has tennis, squash, badminton and snooker facilities, as well as a restaurant, coffee shop, library, swimming pool and a kids corner. Choose between Corporate, Permanent, Temporary and Ordinary memberships.

►Check out our listings of private and International schools in Delhi

"Delhi is a huge city with something in store for everyone. One discovers new things every day, and Delhi may be many things but one thing’s for sure: it’s never boring." Read more about Delhi life in our expat interview with Daniel Kiteski. 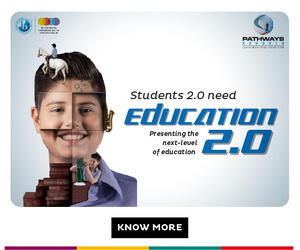