Pros and cons of moving to Moscow

Moscow can be an exciting place to live. With its dramatic history and politics, life can never be considered boring in the Russian capital. Nevertheless, expats in Moscow may experience frustrations including bureaucracy, a difficult language adjustment and extreme weather conditions. However, the city nonetheless offers an attractive lifestyle with its active social life and rich arts and culture scene.

As one of Europe’s largest cities, finding the perfect apartment or house amongst the roughly 12 million inhabitants can be challenging.

There are many different types of accommodation available in Moscow for expats to choose from. Expats are just as likely to find themselves in a pre-revolutionary apartment with high ceilings, thick walls and interesting architecture as in a modern apartment block with good facilities and hi-tech features. There are also a number of international compounds with other expats, offering sports facilities and social activities right around the corner.

With so many people living in Moscow, housing is in great demand and therefore very expensive. Historically, apartments are fairly small and expats may be disappointed with what their money can buy. Realistically, size, quality and location are the most important factors influencing the cost of accommodation in Moscow.

Moscow is a huge city offering a wide range of activities and social events. The expat scene is close-knit and it is fairly easy for new arrivals to make friends.

There is so much to do in Moscow, with activities to cater for every interest. Most groups and organizations are well organised and welcoming to newcomers. The expat community is busy throughout the year with balls and charity events.

Nightlife within the city is excellent, with a variety of bars, clubs and restaurants to choose from. The quality of museums, art galleries, theatres and concerts is also outstanding.

Moscow is also becoming more child and family friendly. Museums such as the Planetarium and Experimentarium are especially exciting for children. There are also several circuses for more entertainment.

- CON: Heavy traffic and eating out can be expensive

Bad traffic can put people off travelling in and around Moscow, although the metro system is generally clean, efficient and safe. Restaurants can be extremely expensive.

Education and schools in Moscow

There are a number of international schools in Moscow offering excellent quality education and facilities. There are also good private Russian schools, although only a small percentage of expat children attend these.

- CON: Demand is high and space is limited

The demand for schools outweighs the supply and therefore schools in Moscow can be expensive with long waiting lists. Schools are usually located outside of central Moscow. As a consequence of this, unless expats live close to the school, children will have to travel some distance by school bus or car each day.

The climate in Moscow is fairly extreme. Winter can be beautiful in Moscow with blue skies and sunshine on the white snow. Cross-country skiing is popular with expats and ice-skating is possible all over the city as many playgrounds are made into ice-rinks. Summer is a great time to explore Moscow as the city is generally quieter. There are lakeside and river beaches in Moscow where expats and locals alike can take advantage of the good weather.

The extreme winter weather can make living in Moscow challenging for most of the year.

Despite its size, Moscow feels surprisingly safe. Expats should take precautions that they would take in any city and avoid walking alone late at night.

Bribery and corruption are still issues and expats are sometimes affected by this. It's also not uncommon to find incidents of racism in Moscow.

+ PRO: Medical facilities are of a high standard

There are a number of private medical centres in Moscow with well-trained doctors who can, in most cases, speak English. Dental treatment is also of a high standard in the city.

- CON: Difficult to get to a medical facility

Moscow's size and infamous traffic can make it difficult for expats to get to their nearest medical facility. Some expat compounds have a satellite medical centre on site. Medical treatment is sometimes expensive, although the majority of expats have insurance covering these costs. Dental treatment is also expensive, although fairly competitive with other European prices.

Moscow has an impressive public transport system. The metro is not only clean, safe, efficient and fast; it is also a tourist attraction. Daily tours explore the metro system guides show tourists through some of the city's most beautiful stations. These stations often resemble palaces, with sculptures, mosaics and even chandeliers. There is also an extensive bus, trolleybus and tram route throughout Moscow. Many of Moscow’s buses now have Wi-Fi access.

As many of the metro stations and trains haven’t changed all their signs to showing both the Cyrillic alphabet and Latin alphabet, it is important that one can read place names in Russian.  Rush hour on the metro can be unpleasantly full.

►For a breakdown of what you can expect to pay for basic goods and services in Moscow, see Cost of Living in Russia.

Are you an expat living in Moscow?

Expat Arrivals is looking for locals to contribute to this guide, and answer forum questions from others planning their move to Moscow. Please contact us if you'd like to contribute. 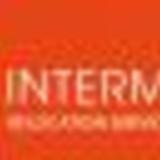 For the past 20 years the British relocation consultancy Intermark Relocation has assisted international companies in relocating their employees and families to Russia. Intermark Relocation operates in Moscow and several other major Russian cities. The company’s extensive experience, presence and reach has ensured the successful relocation to Russia of senior executives and their families from a great number of the world’s leading international companies and diplomatic entities. Our mission is “to deliver a full-range of relocation and immigration services throughout Russia, to care for our clients and to exceed our client’s expectations at each and every step.”