The weather in Russia is nearly as varied as the country is large, and expats are advised to research the climate of their specific destination to get a better idea of what to expect.

That said, extreme cold is by far the most consistent and outstanding characteristic of the Russian climate. Snowfall varies depending on location, but even in the warmer south, snow cover lasts from 60 to 80 days per year.

Technically, Russia’s climate is predominately continental, although the north is heavily influenced by its proximity to the Arctic, and the southern parts of its eastern areas are tempered by the Pacific Ocean.

The climate gets more severe the farther one moves east, and as expat oil workers may discover, Siberia has harsh, long, bitterly cold winters. European Russia, on the other hand, is privy to more of a maritime climate, with warm, albeit short, summers, and a decent amount of humidity.

Autumn and spring are pleasant but fleeting, and summers are only slightly longer. 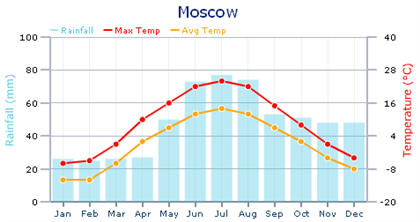 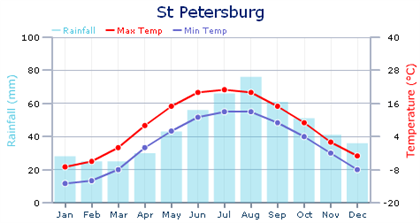 ►For more on adjusting to expat life in Russia, see Culture Shock in Russia.

Are you an expat living in Russia?

Expat Arrivals is looking for locals to contribute to this guide, and answer forum questions from others planning their move to Russia. Please contact us if you'd like to contribute.