Renowned for its idyllic beaches and friendly inhabitants, Thailand may seem like paradise. The good news is that it can be – provided expats take note of the country's most prominent safety concerns and proceed with the necessary precautions.

The shortcomings of safety in Thailand are primarily the result of underfunded infrastructure, political instability and the high level of poverty. The main safety concerns for expats living in Thailand are listed below, with advice on the best precautions to take.

Thailand is viewed as a moderately safe destination for foreigners. The main concern for expats has been the unstable political situation in the years since the military seized control of the Government. Martial law and curfews have since been lifted from almost all areas of the country.

There is a high risk of terrorism in the far south of Thailand. The southern provinces on the border between Thailand and Malaysia have been the site of extreme separatist violence in the past. Foreign governments have advised against all but the most essential travel to these potentially unsafe areas.

Following sporadic bombings in previous years, there is the possibility of terrorism in larger cities and certain tourist areas.The severity of these attacks has varied greatly. The general advice given by foreign embassies about this issue is to avoid crowded and tourist areas during high-risk terrorist alerts, and to keep a low profile wherever possible.

Crime in Thailand is usually quite low compared to other international destinations, and violent crimes against foreigners are rare. However, crimes of opportunity can happen and require certain precautions.

To avoid falling victim to pickpockets, expats should keep a close eye on their purses and bags in crowded places. In Bangkok particularly, foreigners should be wary of being targeted by thieves who ride as passengers on a motorcycle and grab victims' bags as they pass. If this does happen, expats are advised not to resist. These thieves have been known to drag victims alongside the motorbike until the bag comes off or to quickly use a sharp knife to detach the bag. Any mugging or pickpocketing incidents of this sort should be reported to the police as soon as possible.

There have also been reports of criminals using skimming devices on legitimate ATMs to steal credit card and PINs. The use of credit and debit cards should be restricted to well-established businesses.

Finally, expats should take special care to safeguard all items that could be used for identity theft.

No matter where an expat ends up living, whether in a small town or the heart of Bangkok, road safety in Thailand will be a primary concern. Thailand is one of the world’s most dangerous countries for road accidents.

The low level of safety on the roads is arguably best explained by reckless drivers. There is also a serious lack of awareness with regards to drunk driving. Where possible, expats should always use pedestrian overpasses to cross roads. They should also watch out for motorcycles using pedestrian walkways to avoid the traffic jams in Bangkok.

Expats intent on driving in Thailand are advised to drive defensively and to obey traffic laws, even if no-one else seems to be doing so.

Expats who have just landed in Thailand often fall prey to scams – and most expats in the country have experienced at least one.

The good news is that in most cases they involve a relatively minor sum of money. New arrivals usually smarten up after a few weeks in town and never fall victim again.

Taxi drivers occasionally try to overcharge foreign passengers. If this happens, expats should simply ask them to put on the meter, as they are obliged by law to do so.

►For first-hand accounts of other expats' experiences, see our Expat Experiences in Thailand page

Are you an expat living in Thailand?

Expat Arrivals is looking for locals to contribute to this guide, and answer forum questions from others planning their move to Thailand. Please contact us if you'd like to contribute. 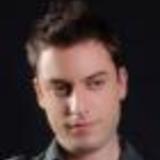 Marc is a Thailand enthusiastic who relocated to Bangkok nearly three years ago. Apart from writing content for travel websites, he enjoys teaching, marketing, and educating himself on world politics issues. Feel free to contact him at marcinbkk@gmail.com.