Learning to speak Thai: the ins and outs of tackling the Thai language

I’m going to give you a primer on the language and what, in general terms, to expect, and I’ll also provide you with some suggestions to get you going along the right path.

I want to stress that there is nothing to be afraid of. Though the Thai language may appear to be a very tall mountain to climb, with persistence and patience it can be done. There’s a lot of information here, and it’s going to seem overwhelming, but in reality the Thai language is highly structured with few exceptions to the rules.

Learn and memorize the rules and you’ll be well on your way to living the expat life happily and fluently!

It’s all about the tones

Thai is a tonal language. Unlike English where the intent of a sentence is determined by inflection (questions usually rise at the end, statements usually fall, etc…) Thai has a very specific set of tone rules. This is the single most important thing you need to understand about the language.

There are five tones in Thai: mid, low, falling, high, and rising. Every syllable has a tone associated with it based on certain rules (don’t worry about the rules for now).

This is, of course, an oversimplification, and I strongly suggest that you listen very closely to Thai natives to hear the distinctions.
The bottom line is that you must understand the importance of tones. If you mispronounce the tone of a syllable or word you could, for example, say the word for “horse” when you meant to say the word for “dog.”

There are many Thai language learners that will tell you not to worry about tones and to just start with vocabulary. I completely disagree with this, and my suggestion is to be aware of how important the tones are and to be sure to learn them from the onset of your Thai language education.

Consonants in the Thai language

There are 44 consonants in the Thai language. Consonants are arranged into three groups called “classes”: low, mid, and high. Each of the 44 consonants belongs to one of these groups, and is one of the determining factors for a syllable’s tone.

A few of the consonants – and this goes for some vowels, too – have sounds that we English speakers are not familiar with and  may prove awkward to learn at first. For example:

DT – This sound is not something we naturally produce in English. It’s a combination of a “D” and “T” sound.
NG – Think of the word “singing.” The Thai NG sound is produced similarly to the first “ng” in singing.

Several of the consonants have the same sound but are written differently. For example, the letter “s” in Thai can be written four different ways:

Vowels in the Thai language

Vowels, admittedly, are a bit of a pain in the butt to wrap your head around. Not only do some of the vowels have sounds that are – like some consonants – difficult to reproduce for us, but vowels can be found before, after, on top of, or below a consonant, as well as in several combinations thereof. Here are some examples:

This syllable is pronounced /nai/. The first character, ใ, is actually the vowel. Yes, that’s right; in this case the vowel “ai” comes before the consonant “n.”

This is the word for “good” and is pronounced as /dii/ (“dee”). The vowel is above the consonant in this case.

This is a fun one. /rao/ is the word for “we,” and the vowel is actually the first and third character. The “r” sound is sandwiched in between the vowel!

The word for “ear” is /hǔu/ (pronounced with a rising tone). The vowel is the small u-shaped symbol underneath the consonant “h.”
Lastly, here is a hard one:

This is the word for “alone” - /diiao/. The vowel is a combination of everything except for the ด. Yes, this vowel is to the left, above, and to the right (with two characters) of the consonant.

Have I scared you yet? Probably. They scared me at first. But as I mentioned at the beginning, persistence is the key. Just remember that there is only one vowel sound per syllable.

Tone marks in the Thai language

As if the information already provided isn’t intimidating enough to have you scouring the web for English language expat groups and media sources, the Thai language also has four symbols called tone marks, which are used to determine a syllable’s tone. The good news here is that when a tone marker is present you can ignore all of the other factors that determine a syllable’s tone. The four tones marks are:

Don’t worry about the dotted circles; they are just there to represent where a consonant should be. All tone markers go above the corresponding consonant.

Yes, a few things, but since this is just a primer I won’t drown you in detail. There are a few more quirks like consonant clusters and other symbols that come into play, but for now I think I’ve given you enough to warrant a few mind-numbing margaritas.

As a consolation prize of sort:

Here are the individual words separated out as if it were English:

Unfortunately, we don’t get the luxury of having Thai written the English way.

It’s also important to know that Thai is also, in some cases, gender specific. Men will use certain words for something and women will use certain words for the same thing. As you start to learn the language, be aware of this so you don’t walk around saying words a woman would normally use when you are a man (and vice versa). Though it’s not the end of the world, it could cause for some unexpected chuckles.

Any suggestions for tackling Thai? 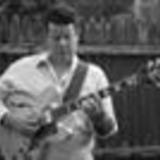 Josh Sager is a musician, martial artist, blogger, and Thai language and culture enthusiast. His Thai language (blog.joshsager.com) and guitar (fretterverse.com) blogs are critically-acclaimed. He lives in the United States with his Thai wife, Su.