Areas and suburbs in Paris

Choosing an area in Paris is one of the most difficult parts of an expat's housing search. This can be a stressful process, but those who are persistent will find that there are plenty of options available to suit nearly every taste and budget.

Paris is made up of 20 neighbourhoods or arrondissements that spiral out in a snail-shell pattern from the Île de la Cité, the city’s historic centre. Parisians routinely refer to the arrondissement numbers, so expats should be familiar with these.

Before spending time searching for accommodation in Paris it’s important that expats consider exactly what they want from their Parisian neighbourhood, as the housing available in each arrondissement can differ tremendously.

Expats who move to Paris for a short period and young professionals often choose to make the most of their time in the city by finding accommodation in central areas. The advantage of living close to the city centre is that one can be close to major attractions and entertainment venues and also avoid a long commute to work. The downside of living in these sought-after parts of the city is that accommodation is rather costly, small and not always easy to secure. These are some of the popular neighbourhoods for expats.

These two islands serve as the epicentre of Paris, with the 4th arrondissement being home to the legendary Notre Dame Cathedral. The lifestyle in these neighbourhoods is more laidback and less prone to the hustle and bustle characteristic of the rest of Paris. A lot of elderly people live here, attracted by the peacefulness and picturesque scenery along the Seine. Prices may be high but are often worth the expense.

Widely thought of as the financial district, this area of Paris offers good value for money. Prices for apartments are reasonable and it's less touristy than other areas, but it's still busy and crowded with workers travelling back and forth during peak hours. The 2nd arrondissement boasts plenty of stacked buildings, meaning more top-floored apartments and fantastic views over the city.

This little gem on the left bank of the Seine is home to the beautiful Luxembourg Gardens. Apartments are on the expensive side due to its central location, views of the river, parks, famous cafés and proximity to the popular 7th arrondissement. Haussmann-style architecture reigns in the district, whereas quirkier apartments can be found in the Germain area.

Expats looking for a quieter life and a more authentic Parisian expat experience should explore living options in the suburbs of Paris. Here expats will find a greater range of accommodation options that are more spacious and generally better value for money. Areas further away from the city centre also tend to be more suitable for families because of the proximity to schools and outdoor spaces. Luckily, those who choose to live in the suburbs won't need to miss out on the fun of city living thanks to Paris' excellent transport network which makes it possible for them to access all the facilities and attractions on offer without too much hassle.

While the 9th arrondissement isn't full of the typical attractions, expats will get a real insight into Parisian life. It may not be as charming as other parts of the city, but there's a nice choice of apartments in this residential area. The Opera and the Galeries-Lafayette department store on one end and the edge of Montmartre on the other, expats will find that this neighbourhood is a great base when it comes to exploring Paris. The 9th arrondissement is also home to authentic Parisian cafés and bars, so residents won't need to travel too far for entertainment.

The 11th arrondissement is a lively area that offers a bit of everything. To the east are the Place de la République and the Bastille, joined by the tree-lined Boulevard Richard Lenoir which offers a large market and numerous children’s parks. The more prestigious apartments are found to the west of the district. Prices around the Bastille area are slightly high due to its popularity. To the east, apartments are slightly more affordable.

Belleville may have historically been a working-class neighbourhood which was home to a range of different ethnic communities, but it's fast developing into a popular place to live in Paris. As is the case in major cities across Europe, Paris is gentrifying and Belleville has become a zone for artists and entrepreneurs looking for an affordable base. Expats will find that rental prices are lower here, but residents certainly won't lose out when it comes to experience with its fabulous range of affordable ethnic eateries. This is the place to be for an adventurous expat.

'Personally, I love Saint-Germain-des-Près in the 6th with its mix of beauty, terraces, bookstores, and proximity to gardens and the Seine.'  Get insight into the best areas and suburbs of Paris by reading Dorian's interview

'Housing is extremely expensive and most expats tend to settle for a much smaller apartment than what they are used to.' Read Rita's expat experience in Paris to get some insider tips of finding a home in Paris

Photo credits: City apartments in Paris by Charlota Bulanova. Suburban homes in Paris by Nic Castelvi. All sourced from Unsplash.

Are you an expat living in Paris?

Expat Arrivals is looking for locals to contribute to this guide, and answer forum questions from others planning their move to Paris. Please contact us if you'd like to contribute. 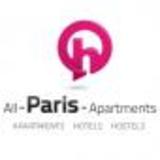 All-Paris-Apartments.com is a company with 13 years of experience in holiday rentals. We provide information about accommodation in Paris and offer a choice of more than 1300 apartments and hotels in the city.