Kids and Family in Paris

Expat families in Paris will find that the city has a wonderful selection of attractions for parents and kids to enjoy together. With a range of theme parks, museums and outdoor attractions, France's capital city has something for everyone.

Entertainment for kids in Paris

Disneyland Paris first opened in 1992 and consists of two parks: Disneyland Park and Walt Disney Studios. Those who have been to either Disneyland or Disneyworld in the USA might be disappointed by the size of Disneyland Paris. However, it still offers plenty for the whole family to enjoy and is well worth the cost.

Just outside the gates of the theme park is the Disney Village, which leads to one of four resorts. A number of special events are held in the park for annual festivities, such as Halloween and Christmas. Walt Disney Studios is also geared toward children. Kids can ride on almost all of the rides without adults, making them kings of the park.

The Musée Grévin is one of Europe's oldest wax museums and currently boasts a number of life-sized wax figures, from Leonardo da Vinci to Marilyn Monroe and former French president Nicolas Sarkozy. This is a fun and unique outing for kids and parents to enjoy. The museum's Kids Discovery tour allows the young ones to learn about how wax artists bring famous personalities to life.

Parc de la Villette, in the northern tip of the city, is a vast museum dedicated to learning about science in a fun way. The Cité des Sciences et de l'Industrie regularly curates exhibitions designed to capture children's imaginations and adults' curiosities. Special exhibitions for younger children and young adults guarantee that no one in the family will be bored.

This amusement park and garden hosts a house of mirrors, an archery range, a miniature golf course, zoo animals, a puppet theatre, shooting galleries and La Prévention Routiere, a miniature roadway operated by the Paris police. Expats worn out by all the attractions can always enjoy the garden, which is full of beautiful flowers and grassy areas to picnic, as well as a lagoon where boats can be rented.

This modern cultural institution is devoted to exploring mixed-media and digital art forms. Located within a beautifully restored 19th-century theatre in the Marais neighbourhood, the Gaîté Lyrique has a rotating calendar of events ranging from music and multimedia performances, to design, fashion and architectural exhibitions. There is even an interactive room dedicated to video games. Older kids will enjoy the colourful and stimulating exhibits that often focus on aspects of play.

Not far from the Eiffel Tower sits this state-of-the-art aquarium boasting the largest tank in France. Complete with projection rooms, live shows and hands-on workshops, children and parents alike will be entertained and educated about underwater life.

►Learn more about the French education system in Education and Schools in France.

Are you an expat living in Paris?

Expat Arrivals is looking for locals to contribute to this guide, and answer forum questions from others planning their move to Paris. Please contact us if you'd like to contribute. 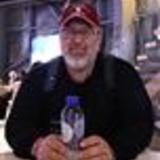 John quit his job of 18 years to allow his wife to follow her dream of working and living overseas. They left their home, church and friends of 18 years and brought their two kids and two cats along. Now in France, they look forward to more adventures.