Many expats dream of moving to France, enticed by visions of long restaurant lunches, people-watching at Parisian cafés, strolls in lavender-scented Provence, sunbathing on the beaches of Nice and being immersed in the cultural riches of art and haute couture.

However, living in France may not be the proverbial walk in the park that many imagine. The country prides itself on its distinct culture and language, and many expats initially struggle to find their niche and adapt to the social rules governing daily life.

The language usually proves the most difficult barrier for expats to cross, especially as the French prefer engaging in their local language. That said, most locals have some degree of proficiency in English, and will reciprocate efforts if expats make even the smallest attempt to speak French.

Expats moving to France for work purposes should prepare themselves accordingly. Although the French are renowned for their 'work to live, not live to work' philosophy, the country claims one of the largest economies in the world and France is a major player within the EU. Businesses expect efficiency and productivity and those planning to relocate to France without a job in place may find the job-hunting challenging. Opportunities will be even more limited for those who aren't fluent in French. Nevertheless, expats account for a significant percentage of the workforce in Paris and businesspeople do value the new skills a foreigner can bring.

Paris and Lyon are rightfully celebrated for their fine dining. The two cities vie yearly for the honour of being the top culinary destination in France, with regional delicacies being celebrated and brought to the cities for everyone to try. Expats who let their taste buds do their exploring for them will find themselves immersed in a world of adventure.

Expats moving to France can count on a slower, more enjoyable pace of living marked by innumerable little joys and challenges that lead to a greater quality of life overall.

Main languages: French is the official language, but English is widely spoken and understood

Drives on the: Right

"We live in a village and the quality of life is so much better. We left a city behind and within a few weeks had met so many new people; life is so much friendlier here. We are not stressed with work and have time to sit back and get to enjoy the simple things in life." Learn more about expat life in the French countryside by reading Jenny's interview.

"I love this country’s rich history. I never was much of a history buff until moving here. Being able to walk into a church or chateau that is over 400, 500 or 1000 years old is amazing." John's interview provides some fascinating insights into expat life in Paris.

Are you an expat living in France?

Expat Arrivals is looking for locals to contribute to this guide, and answer forum questions from others planning their move to France. Please contact us if you'd like to contribute. 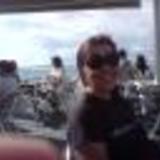 Sholu has lived in many places and worked in a number of fields before settling in France. Sholu and her husband Mark bought their French house in a beautiful village in southwest France in 2004 and are running a bed and breakfast as well as painting holidays, gourmet breaks and day trips into the stunning Pyrenees and rolling hills of the Gers, the Tuscany of France. Read more at www.bonne-la-vie.com.