Buying a Car in Saudi Arabia

Buying a car in Saudi Arabia may be unlike any other car buying experience in the world.

Anyone can own a standard sedan or hatchback, but only families can own vehicles that hold more than five passengers, like SUVs. Pick-up trucks are considered commercial vehicles and are reserved for Saudi nationals.

But the rules aren’t always clear, can depend on the mood of an individual official, and may be bent for those with enough wasta (clout).

Before getting to the logistics of purchasing a vehicle, expats should become familiar with several terms:

Factors to consider when car buying in Saudi Arabia

Saudi Arabia has some of the cheapest petrol in the world, so gas mileage is less of a factor than in other locations when deciding whether to buy a car.

Expats interested in exploring the desert should consider four-wheel drive vehicles, as standard cars don’t have the ground clearance or power to go over rocks and drive in the sand.

Buyers should also consider the price and availability of spare parts. Replacement parts for American and European cars are often pricier and involve longer waiting periods than Japanese and Korean cars.

Expats purchase new vehicles while in Saudi Arabia for many reasons.

Some prefer having a car they feel they can rely on in the severe weather conditions. Air conditioning is a necessity, and good tyres are important because their lifespan is often compromised by the heat.

Dealerships usually have English-speaking staff. Cars bought from them have the advantage of being under warranty.

Expats who want to finance their payments should compare different companies to find the best rates. Financing usually includes insurance payments. So, expats should look at insurance policies beforehand to know exactly what to negotiate for – most things are negotiable in Saudi Arabia, when dealing with the right person.

Expats who want to drive to other GCC countries should remember they’ll need written permission from their sponsor and the police to take financed vehicles out of the country, since they’re technically owned by the bank.

Cars can also be paid in cash or with a personal bank loan, in which case the expat will be the owner.

There are various options for expats who’d prefer to buy a used vehicle. Used cars can be found at dealers, car souqs and websites. Many believe that cars owned by other expats are usually better maintained, but some expats may take advantage of this and overcharge.

There’s always a risk involved when buying a used car. Expats should negotiate with the seller to have the vehicle inspected by a mechanic of their choice and ask for maintenance records.

Cars don’t rust with age in the arid climate, but underneath their shiny bodies, the heat takes its toll on less visible parts, like gaskets, hoses and belts. It’s important to find a trustworthy, competent mechanic – ask friends and colleagues for referrals.

Saudi Arabia doesn’t have a standardised way of calculating car values, so they go for market rates. Potential buyers should get an idea of a car’s base asking price by searching the internet.

Again, expats should be able to negotiate a better price, but may need the help of an Arabic speaker.

Renting a car in Saudi Arabia

Expats have the option of renting a car if they aren’t sure how long they will be in the Kingdom or would prefer not to buy one.

Car rental companies are plentiful; usually have a good selection and work on a daily, weekly and monthly basis.

Expats should ensure insurance is included in the rental price and read the policy to find out what their liabilities would be if they’re involved in an accident.

Car insurance is mandatory in Saudi Arabia, and comes in two basic forms.  Expats will need one of these before finalising their purchase.

Mandatory or third-party insurance covers the damage someone causes to other people or property but not their own vehicle. It’s reasonably priced, but coverage differs between companies, so it's best to shop around.

Comprehensive insurance covers all damage, including to the policy holder’s vehicle, but can only be purchased for cars newer than 10 years old.

Each company’s products and prices differ, so expats should consider the options and ask friends and colleagues for referrals.

Traffic accidents can often find both parties in jail until the dispute is resolved, which isn’t a good time to find out an insurance company doesn't pick up the phone on weekends.

Where to buy a car in Saudi Arabia

Dealers are often best for new cars. They have sales at certain times of the year (like Ramadan) and can assist with arranging a loan.

Used cars can be bought at a dealership or car souqs. However, private owners sometimes give the best deals. Be aware that some people may try to take advantage of new arrivals by selling at inflated prices.

Many expats leave before they’ve paid off their finance agreement and it may be possible to take over their payments. It sounds like a good deal, but it involves paying for a new car that’s already been used for a year or two. Ask if there’s a balloon payment at the end and be cautious if the seller wants money to cover their deposit.

Expatriates.com is a popular English site to search for used cars. Expats who can read Arabic or know someone who can help them can try Mstaml.com.

Documents needed to buy a car in Saudi Arabia

When purchasing a new vehicle, the dealership should take care of much of the admin process on the buyer’s behalf. Expats should get their dealer to commit to this before they buy.

Expats will need several documents to buy a car in Saudi Arabia. First, they’ll need a letter from their sponsor giving them permission to make the purchase. Most companies are used to writing these and should know the proper format. Letters from employers that aren’t government organisations need to be attested by the Chamber of Commerce.

For family vehicles that seat more than five people, the sponsor’s letter must state that the buyer has family status. The letter, copies of all family members' Iqamas and a copy of the buyer’s Saudi driver’s licence will need to be taken to the local traffic police. The al Morot then issues a letter giving the expat permission to buy the vehicle, which is taken to the exhibition (dealership).

Expats will need to show proof of insurance at the closing of the deal. The exhibition can help with this, or they can get insurance on their own.

The exhibition plays a fairly important role in used-car purchases too. Under Kingdom law, all used car transfers have to go through an exhibition, where the seller deposits the car and its Istimarah, and the buyer deposits the money. The exhibition holds both until the title transfer paperwork is completed either by the buyer or by the dealership itself. Some exhibitions take a fee for going through the process themselves, so the buyer only needs to wait a day or so until the transfer is complete.

Buyers who do it on their own, will need to submit various documents to the al Morot. This includes:

Everything should be properly translated into Arabic. Taking an Arabic-speaking friend along can ease the process. Once they’re successful, the buyer is granted a new Istimarah, and as far as al Morot is concerned, the vehicle is theirs. The Istimarah is then taken to the exhibition and the buyer can claim the vehicle.

Yasmine Awais and David Geiger, a wife and husband who moved to Saudi Arabia, had the harrowing experience of buying a used car in the KSA.

►For more on driving in the Kingdom, see Transport and Driving in Saudi Arabia.

Are you an expat living in Saudi Arabia?

Expat Arrivals is looking for locals to contribute to this guide, and answer forum questions from others planning their move to Saudi Arabia. Please contact us if you'd like to contribute. 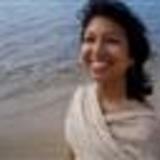 Originally from:  United States of America

About: I may be one of many Americans living in Riyadh, but my status as a vegetarian from a multiracial background (Pakistani & Filipina)with an Arabic name who does not live on a compound and works in a hospital (but am NOT a nurse or doctor!) is more than enough of a qualifier to make me a bit different. I'm a foodie at a heart, and my husband and I maintain two blogs: http://hungrypakipina.blogspot.com/ and http://akeptmaninriyadh.wordpress.com/