Expats working in Buenos Aires will find themselves in a bustling metropolis. This city is home to the highest population density in the country. There are many opportunities; however, expats who only speak English may experience high competition for jobs.

Though years of economic struggle and social turmoil attribute a slight roughness and edge to the city, this “Paris of the South” retains a fair amount of elegance and European influence. This is a characteristic that makes living and working in Buenos Aires unlike any other destination in the world.

Despite Argentina's abundance of natural resources and its highly literate population, a devastating economic crisis nearly eradicated the nation's middle class and caused unemployment rates to skyrocket. In recent years, there's been an improvement in the situation and a rebound of the middle class. However, unemployment is still rife and social struggle and political frustration are highly visible.

Expat positions in large multinationals, such as the banking industry, oil and gas, and IT, are well established in Buenos Aires. Otherwise, many expats teach English and offer services such as business translations, web business management and design. Anything that includes the internet and a laptop seems to be the bread and butter of many foreigners vying for a place under the Argentinian sun.

Additionally, due to relatively low local salaries, Buenos Aires seems to be an outsourcing hub. If an expat can speak another foreign language (and of course add a knowledge of native English) the call centre industry presents opportunities. Expats need to be aware that they will be competing with well-versed Argentinians working in this industry.

Lastly, as an entrepreneur or businessperson, expats could consider Buenos Aires as a low-capital start-up location. Labour is widely available and not as expensive as in Europe or the US. There are opportunities everywhere, but working around bureaucracy and general “system failure” can be crippling. Getting started in Buenos Aires is definitely not for the fainthearted.

Finding a job in Buenos Aires

For expats, being fluent or near fluent in Spanish will determine the kind of opportunities available when looking for work in Buenos Aires. With no knowledge of Spanish, options will be hard to find and daily survival in Buenos Aires fairly difficult. That said, there are still jobs and companies that cater specifically to foreigners.

The best route to finding a job is by being transferred to the Argentinian branch of one’s current work place. Another advisable option is applying for jobs at international or multinational companies based in Buenos Aires.

Expats trying to find a job in Buenos Aires are advised to visit the city before relocating to determine if it is indeed a place they could enjoy living long-term. Research and networking should start early on through expat groups, forums, playgroups and family days. These are great places to make new friends in similar circumstances. It is also important to keep in mind that who you know goes a long way in Argentina. Never be afraid to make use of connections to get a job.

Formal or first-time meetings start with a handshake for both women and men. Friends or colleagues who know each other well usually greet with a kiss on the cheek.

The pace of business in Argentina feels slower than in the US or Europe and email response rates follow suit. Expats should be punctual for business appointments, but be prepared to wait 30 minutes or so for associates.

Dressing well is important in Argentina. Argentinian women are generally very elegant and well-dressed, whereas men who work in less formal environments prefer not to wear ties. Men with long hairstyles are also common.

►For more general information about finding work in this South American country see Working in Argentina. 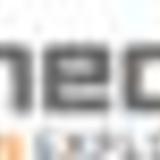 Connect-123
Connect-123 facilitates internship, volunteer and service learning opportunities for international undergraduate and graduate students in Buenos Aires and in Cape Town in a wide range of fields such as business, education, engineering, health care, human rights, journalism, social work, and sustainable development. All programs are designed to create equal value for the international volunteers, as well as for the local organizations where they work. Our services are free of charge to local organisations and our screened applicants work as unpaid volunteers for periods of 2 to 6 months. In addition, we take care of all their logistical requirements prior to, and during their stay in each country. To date, we've worked with students from over 280 universities and have more than 300 international students participating on our programs each year. Please see www.connect-123.com for more information and for past testimonials.