Education and Schools in Chile

Giving a child the opportunity to receive a top-notch education is a chief concern of many expat parents. After considering the climate of education and schools in Chile, most expats opt to send their children to international schools.

Although the limited number of these institutions reduces the burden of choice, it's also a point of contention for the many families who believe that competition breeds higher standards.

Public schools in Chile are open to expat enrolment but are rarely used by foreign families due to the complications caused by the language barrier. The teaching language of the local institutions is Spanish, and most students and teachers will have a poor grasp of English.

Furthermore, little exists in the way of integrating students who speak second-language Spanish into the normal academic environment. These issues have led the vast majority of expat families living in Chile to choose private and international schools over public institutions.

A large disparity exists between the quality of public and private education in Chile. As a country that prides itself on its recent growth and development, the low standard of state-sponsored education remains a sore point. The perceived gap between the two sectors has led to a fair amount of locals choosing to send their children to private schools. It follows that these institutions are also a natural choice for foreign families.

Private schools in Chile that adhere to a national curriculum are good options for expat families who anticipate a long-term stay in the country or can't afford the hefty price tag attached to international schools.

Most of these institutions have some form of religious foundation, so expats will need to take this into consideration. Some of these schools also require that students and their families practice the delegated faith to be granted admission.

These schools may employ any number of teaching languages, but expats should note that the last four years will always be taught in Spanish in preparation for the PSU university entrance tests. For this reason, expats who have high school-aged children planning on attending a university in their home country should consider choosing one of the country's reputable international schools.

International schools in Chile offer an assortment of home-country curricula and primary teaching languages. Many of these schools boast bilingual programmes, but others do not. These schools also tend to have a multicultural student body, a broader selection of extra-curricular activities and better facilities than public schools. Most international schools in Chile are located in Santiago, but expats can find a few options scattered outside of this commercial centre.

International schools tend to be expensive so it is imperative that expats try their best to negotiate some sort of education allowance into their contract before agreeing to relocate. Fees vary depending on the school and the age of the child, with the most expensive bodies costing more than some university tuitions.

Space can be scarce in the more prestigious international schools in Chile (such as Nido de Aguilas, Santiago College and The Grange School), so the further in advance parents can start the admission process, the better. To be admitted to any school, parents need to have proof of their child's academic results and a certificate from their home country school, notarized and legalised at the Chilean consulate. In some cases, it may be necessary for expat children to take admittance tests, usually in language and mathematics, sometimes with the addition of a personal interview.

Are you an expat living in Chile?

Expat Arrivals is looking for locals to contribute to this guide, and answer forum questions from others planning their move to Chile. Please contact us if you'd like to contribute. 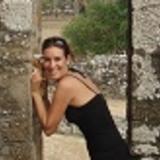