Pros and cons of moving to Seoul

As with any city, there are pros and cons to moving to Seoul, but expats who make an effort to absorb the Korean culture will start to feel at home in the city.

Seoul’s city motto is “the Soul of Asia,” and, once moving here, or even visiting, it's easy to see why people fall in love with this mega-city.

For most expats, their Korean employers will arrange housing for them, ideally in areas and suburbs that are popular with expats. These apartments will often be fully furnished.

South Korean apartments will often come with a washing machine, gas range, floor heating, and air conditioning. This is especially true of newer buildings. Older buildings may not have these 'extras', but will at least have floor heating installed. Korean buildings are also very safe. Even though the crime rate in South Korea is already very low, most Seoul apartments will require a gate/front door key or combination as well as the individual door key/combination.

Typically, the down-payment on a rental is excessively expensive. Korean renters will almost always charge 'key money'. Key money functions as a security deposit, but will often amount to the purchasing price of a property. However, it's possible to find apartments with low key money payments in foreigner-heavy areas.

South Korea is one of the most ethnically homogeneous countries in the world, leading to foreigners being a rare sight. Despite this, native residents of Seoul are more used to seeing foreigners than residents of other South Korean cities and are generally quite ready to help foreigners feel welcome in the city.

Winters in Seoul are severely cold, while summers feel extremely hot. Korea prides itself on the vividness of its four seasons, but autumn and spring will normally each only last a few weeks before extreme temperatures on either side of the spectrum become apparent.

Making new friends in Seoul is easy, as the city hosts a large and friendly expat community. This community hosts frequent events that are easily found on Facebook or the various English news outlets and blogs.

+ PRO: Large variety of activities to meet any interest

As Seoul is so massive, the different districts have all been encouraged to nurture own, unique identities. Consequently, every district has its own personality and presents its own lifestyle pursuits. Seoul is also surrounded by a mountain range to the north and many mountains blot the city landscape, so outdoorsy types will easily find activities to suit their needs.

Guns are illegal among civilians in South Korea and aren't easy to come by on the 'black market'. Petty theft is also extremely rare.

Bending the law is extremely common among Seoul motorists. Scooter drivers will often take to the sidewalks when roads are congested. Drivers might also run red lights if they think that they can get away with it. Drunk driving is also common. Pedestrians should keep to the sidewalk and be very careful when crossing any streets.

Working and doing business in Seoul

The English as a Second Language (ESL) industry is massive in Seoul and schools are always looking for new teachers, especially around February and August, the prime hiring times for teachers.

Without knowledge of Korean and a good deal of experience in a specific field, it’s difficult to find positions in Seoul outside of the education sector. There are positions available in the tourism industry but, again, these are few and far between.

The Korean language, particularly grammar, can be difficult to learn, and the way Koreans communicate meaning verbally with one another can feel different from how Korean is initially learnt.

Unlike other Asian languages, the standard Korean alphabet has been intuitively developed and is quick to learn. The shapes of the letters are the shapes a person's mouth makes when saying them. Each group of shapes is actually just a syllable, combining the different letter sounds.

Respect for one’s elders is hugely important in Korean culture, and some elders take full advantage of this. Their behaviour could be seen as rude to outsiders, but in South Korea it’s normal.

Cost of living in Seoul

Eating in restaurants, as long as they are Korean-style cuisine, is cheaper than cooking at home. Due to the relative isolation of the Korean peninsula, Korean cuisine is also extremely diverse.

Western-style products are much more expensive than Korean ones. Moreover, without knowledge of Korean, it’s difficult to navigate Korean products and cooking methods. Produce availability is also more dependent on the seasons.

+ PRO: Absolutely no need for a car

The public transport system in Seoul is fast, efficient, cheap, safe, and clean. The price of gas is very high and the roads are congested with the thousands of cheap taxis that make personal cars even less necessary.

Education and schools in Seoul

Koreans take education very seriously. Those born outside of Seoul will work their entire lives to have the chance to go to university in the city and those already in Seoul will do whatever it takes to stay there. Students, starting at a young age, often go to after-school academies (hagwon), which focus on various subjects. High school students are under tremendous amounts of pressure to achieve good grades and make it into a prestigious university either in Seoul or the USA.

Many doctors in Seoul are considered the best in their fields. And one will rarely get to the top of any field in Korea without the ability to speak at least intermediate English.

- CON: Not many international clinics

Despite most doctors speaking English, there are only a few options for facilities where all the medical staff, including nurses and administrative workers, speak English. Although there are international clinics, appointments are difficult to secure, especially during flu season.

► For information on the best places to shop and eat in the city, read Lifestyle in Seoul 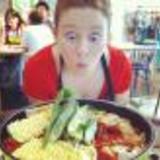 After obtaining a master's in English Education from the University of Tennessee I decided to move to Seoul, South Korea. I have been living here since August 2012 and am not planning to leave any time soon!