Thai people are known all over the world for their friendly nature and rich cultural heritage which they are extremely proud of. As with any other destination, however, expats can expect a degree of culture shock in Thailand.

Expats living in Thailand will find themselves in a beautiful country that offers many exotic beach islands, amazing national parks, natural landscapes and historical cities.

Modern business, healthcare, accommodation and international schools are all commonplace in Thailand. Unlike other destinations in Southeast Asia, expats can enjoy unusual luxury because of the country's low cost of living. Here are some of the cultural differences expats in Thailand will likely encounter.

Meeting and greeting in Thailand

In Thai culture, greeting someone is an act of great significance. The manner of greeting is determined according to the social standing of both people, and making the wrong move could cause a Thai person to lose face – this is considered a disgrace and should be avoided at all costs. However, if correctly used, greetings are an opportunity to show deep respect for the Thai people.

For a traditional Thai greeting, palms are placed together in a prayer-like gesture somewhere between the chest and the forehead. They are held close to the body while a small bow is made. The higher the hands and the lower the bow, the more respect is shown. This is called a wai.

The proper etiquette is for the subordinate party to offer a wai first, with the senior person then returning the wai. Thai locals won't expect a foreigner to initiate a wai but if offered one, not returning it would be an insult.

Outward appearances are important to Thai people. Here, the old saying 'dress for success' holds true. Thai locals appreciate foreigners who make an effort to maintain a professional and reserved appearance. T-shirts and shorts are acceptable for going just about anywhere, but pants and skirts should be of a modest length. Women should keep their chests and shoulders covered.

For office jobs in Thailand, expats will be expected to wear fairly formal attire. Women should avoid sleeveless blouses, and jeans are to be avoided. Men are expected to wear dress pants and shirts with a collar. Ties aren't mandatory but are recommended for formal gatherings.

In beach towns like Phuket, Hua Hin and Krabi, Thai locals are more accustomed to foreigners wearing bikinis and swimming attire at the beach. However, when going for lunch or a stroll around town, expats should cover up.

Thai is a tonal language with five different tones. The tone of a word is used to distinguish its meaning, which means one word can have five completely different meanings.

If an expat pronounces a word incorrectly, it is likely to have an entirely different meaning from what they intended to say. The upside is that Thais are very forgiving when foreigners try to speak their language, and once they understand what a foreigner wants, they will teach them how to say the word correctly.

When speaking English in Thailand – especially in places outside of Bangkok – it's best to speak slowly and clearly.

Most of the population in Thailand practise Buddhism. It plays a key role in the general nature of the local people. Throughout the country, there are also many beautiful Buddhist temples, known as wats.

Other religions do exist in Thailand, and everyone’s right to the religion of their choice is protected.

As in many countries, men conduct most business in Thailand. However, over the past few years, many barriers have begun disappearing for women. More and more women hold executive positions in the workforce, although there is still a long way to go for total equality.

According to traditional Thai beliefs, women are not allowed to touch a monk, hand him anything or sit next to him on the same or higher level. In temples, women need to cover up and wear long-sleeved blouses, a long skirt or pants and a headscarf.

Expats should also note that it’s fairly uncommon to show public displays of affection. Therefore, men should be careful when interacting with a woman in public, as Thais believe a woman loses face if a man touches her in public.

Cultural dos and don'ts in Thailand

•    Do show great respect to the Thai royal family. They are highly revered by the local population.

•    Do take the Thai national anthem very seriously. It is broadcast over television and radio twice a day – every day at 8am and 6pm when the flag is raised and lowered. It is also shown before movies in the cinema. When the anthem is being played, everyone must stop what they are doing and stand to attention out of respect.

•    Don’t ever touch the head of a Thai person or pass any objects over someone’s head. The head is the highest part of the body and is considered sacred in Thailand. It needs to be treated with the utmost respect.

•    Do take off shoes when entering homes, temples or buildings that have an image of Buddha inside. Some shops and offices also expect the same. So, before entering, check and see whether there is a space where people leave their shoes. If so, be sure to do the same.

•    Don't use feet for anything other than standing or walking. It is not acceptable for people to put feet up on a table or desk, and expats should avoid pointing their feet at people. It is also considered impolite to touch one’s feet in public.

•    Do keep your cool. The Thai phrase jai yen, meaning ‘cool heart’, is a way of life. It refers to the ability to stay composed, calm and patient in tense situations. This is highly admirable in Thai society. Thai people go to great lengths to avoid confrontation and remain diplomatic.

►Find out more about living in Thailand

Are you an expat living in Thailand?

Expat Arrivals is looking for locals to contribute to this guide, and answer forum questions from others planning their move to Thailand. Please contact us if you'd like to contribute. 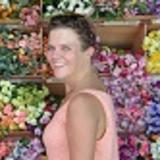 <div>Frei has been living in South East Asia since 2007, and currently resides in Phuket, Thailand. She is a hospitality professional with a strong background in PR and marketing communications, and loves to write about her everyday living abroad on her blog, Frei&#39;s Days.</div>