With its culture, history, language and deep-rooted love of food all readily waiting to be explored, Bangkok is a fantastic city to live in. But, it is also synonymous with culture shock and a vastly different way of life, whilst being renowned as predominantly a ‘man’s world’ for both the farang (tourist) and Thai men.

The female expat community in Bangkok is very vast and ranges from young, single women who come here alone for work, or to find work, to married women with children who are supporting their family and their husband’s chosen career path. Bangkok can be very transient in this sense with many people choosing to live here anywhere from six months to two years to indefinitely.

I’ve lived in Bangkok since November 2010 and moved here to support my partner with his career. We’re not married, we don’t have children (just a dog and three cats who moved with us) and we’re here indefinitely. Initially, I didn’t come to Bangkok looking for work, or needing to work to support myself financially, but I did feel a need to do something for myself.

During my first six months in Bangkok I volunteered with two organisations that gave me a purpose to be here too and I enjoyed them both immensely. I learnt so much, especially about myself, and did things I never thought I could do, including teaching! It also gave me the opportunity to meet with other female expats who were living and working in Bangkok.

Speaking with other women helped me realise that we all seemed to be experiencing the similar difficulties of adjusting to life in Bangkok, but most notably, doing it without a valued support network of family, friends and the people that really seem to understand you. I also recognised that existing problems hadn’t disappeared for people just because they had moved to a different continent and seemingly away from the root cause; in fact they became more exaggerated the more isolated people felt.

For the expat wife who is not working, family and friends can often be quick to point out how ‘lucky’ they are without the worries of needing to work, or having to clean or drive themselves anywhere, whilst simply occupying their time with shopping, manicures, lunching with friends and living in a holiday hotspot that most people dream of visiting one day. However, the reality can feel somewhat different, especially when coping with the daily challenges of living in a country where the language and culture are a constant demand.

Trying to explain this to others who have not experienced expat life can be exhausting as we also consider the possibility of unnecessary worry to our family and friends that result in unhelpful demands to leave and ‘come home!’, whilst also not wishing to be perceived as ‘ungrateful’ or not appreciative of our ‘fortunate’ situation. This often leaves us feeling defensive, misunderstood and unsettled as we start asking ourselves “Where is ‘home’ now?”

I have heard the term ‘trailing spouse’ used when referring to women who have relocated to support their partner's career. I dislike the use of this term greatly, as I feel it is demeaning and de-values the support expat women continually provide and often at the expense of themselves. For many women, the personal cost of being an expat wife goes unnoticed and is not acknowledged by others outside of the ‘experience’, which can result in feelings of low self-esteem, self-confidence and concerns of “What about me?”

Making the decision to support a husband's career abroad means that for many women their own careers and independence are left behind. Employment opportunities are often limited and this is especially true of Thailand where the majority of Thai companies only want to employ Thai people and this is stated quite openly here, along with their gender specifications.

However, there are expat women who come to Thailand alone, either with work or to find work, find somewhere to live, make new friends, create a social life for themselves and do it singlehandedly whilst negotiating the language and cultural barriers. Most women do this without realising what they achieve on a daily basis by successfully living and working in Bangkok as well as coping and managing the difficult situations too.

There are numerous expat women who volunteer their time supporting various charities, committees (there is a female-only board of directors working for a historic library here) and the different women's groups. I have also met women who have successfully built their own businesses in Thailand and who have continued to develop and grow despite the obvious difficulties of setting up a business in a country that does not speak their native language.

Expat women are extremely resilient, with an abundance of inner strength that isn’t always realised and is often taken for granted, especially in the supporting role of wife and mother as they successfully build and enhance their family’s expat experience. Undoubtedly there are indefinite numbers of expat men who would not be as successful in their careers without the help, support and understanding of their wives and partners.

Making a new life is one of the many skills of an expat woman and ultimately the key to the success of living in Bangkok, or indeed anywhere else in the world. Being an expat woman in Bangkok isn’t always easy and whilst we’re being perceived by many as ‘lucky’ it must be remembered that so are the men and businesses we support by agreeing to do it in the first place.

►To learn more about what it's like to live and work in Thailand, check out our Thailand Expat Guide

►For more on how to meet people and make friends in Thailand, see our page on Meeting People in Thailand 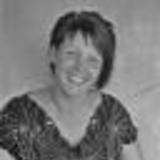 Originally from the UK, Samantha Pryor is a Psychotherapist and Hypnotherapist who relocated to Bangkok, Thailand, in November 2010. As an expat Samantha recognises the issues encountered when relocating, how the experience of another culture and language can be daunting whilst coping with the loss of a valued support system and dealing with problems that haven’t gone away just because you’ve moved continents!