Moving to Cyprus offers a unique Mediterranean experience. The country has many cultural influences, having been part of the Roman Empire, a British colony and, most recently, being divided between the North and South following the Turkish invasion.

Tradition runs strong through the island’s sun-kissed villages, but Cyprus is open and welcoming to expats. The ratio of Greek to Turkish Cypriots is approximately four to one, which is reflected in the land occupation of the Turkish north and Greek Cypriot south.

While development has been slower in the north, the recent financial crisis has reduced disparities with the south, bringing the two sides of the island to a more equal standing than ever before. As a result, the north is a viable option for people moving to Cyprus, especially since the cost of living is considerably lower.

The size of the island is something very few take note of if they have not travelled around the country sufficiently. Even though Cyprus comprises of a number of different villages, their distance from one another, as well as their density, reflects the small size of the country.

Getting along with locals might prove difficult for expats working in Cyprus. The air of competition and scepticism in the current, struggling economy may affect how locals view foreigners. Employment opportunities are not as plentiful as they once were and investment risk has peaked. This is not to undermine the sincere warmth of Cypriot people, who are generally open and welcoming to newcomers, as it also depends on how expats approach Cypriot culture and whether they want to be part of its local communities.

Expats accustomed to smooth and efficient administration may find the Cypriot system frustrating. Most systems and processes are not executed with the greatest of haste, especially when dealing with government, banking and utilities. Infrastructure in Cyprus has developed considerably over the past decade, but expats should remember that it still operates at a laid back pace.

When it comes to eating and entertainment, however, Cypriots are as passionate as they come. The cuisine caters for different tastes and is often described as a fusion of cultural flavours. Traditional food is strongly and unsurprisingly linked to that of Greece and Turkey, consisting of slow roasts, stews, kebabs and assorted appetisers commonly known as mezze.  Whether dining out or in, the authentic quality and home-made feel add heart and warmth to the ritual of daily eating.

While the Cypriot dialect of Greek is still the most widely spoken language, English is spoken and understood by many locals, particularly in the younger generations. English is also prevalent on signage, making both communicating and getting around Cyprus manageable for non-Greek visitors and residents.

Expats old and young will find most of their wants and needs met, being able to experience hot summers on the beautiful beaches, drives through the mountains and winding forests, or visiting the island’s various monuments and ancient monasteries.

From its unique and quaint villages to the orchards and vineyards that stretch boundlessly over its hilltops, to ancient architecture which inspires a sense of a mystical past, Cyprus is a tiny treasure in vast waters. The Mediterranean island interests many expats looking for somewhere to retire or start a new chapter.

Neighbouring countries: Despite its association with Greece, to the northwest, Cyprus is much closer to Turkey, its northern neighbour. Syria and Lebanon are to the east, while Israel is to the southeast and Egypt is to the south.

Geography: Cyprus is an island nation located 47 miles (75km) south of Turkey. The island is dominated by two mountain ranges, the Troodos Mountains and the Kyrenia Mountains, and the central plain, the Mesaoria, between them. The Troodos Mountains cover most of the southern and western portions of the island and account for roughly half its area. The narrow Kyrenia Range extends along the northern coastline.

Political system: Presidential republic, although largely not recognised by the island’s northern part, which declared itself the Turkish Republic of Northern Cyprus in 1983 and is still only recognised by Turkey.

Money: Cyprus uses the Euro (EUR), which is divided into 100 cents. Expats can open a bank account in Cyprus, but require proof of identification (passports are acceptable) and proof of residence. ATMs are widely available, although there is a limit on withdrawals out of a Cypriot account.

Tipping: A service charge of 10 percent is sometimes added to bills, but no additional tip is necessary

Emergency contacts: As with other European countries, the general emergency number is 112. For local services, dial 199 for police, an ambulance or the fire department. Calls in English are generally facilitated without issue.

Transport and driving: Traffic in Cyprus drives on the left-hand side. There is no railway system, so almost all transport on the island makes use of its road network. Public transport in Cyprus almost exclusively consists of buses and taxis.

'Friendly locals, but with the reserve of a traditional conservative society behind them. It is possible to live here as an expat speaking exclusively English – but you miss out on a lot if you do.' Asproulla, a British expat living in Cyprus tells us about making friends on the island in her interview

Are you an expat living in Cyprus?

Expat Arrivals is looking for locals to contribute to this guide, and answer forum questions from others planning their move to Cyprus. Please contact us if you'd like to contribute. 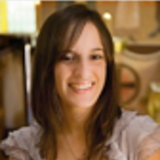 Irene is a Greek Cypriot via Zimbabwe who currently lives in Cape Town, South Africa. She works in the mining recruitment industry, goes back to Cyprus to visit family as often as she can and has the tan to prove it.