Cost of Living in the Netherlands

Prospective expats will have to consider the relatively high cost of living in the Netherlands, particularly in the capital. In the 2020 Mercer Cost of Living Survey, Amsterdam was ranked as the world's 64th most expensive city for expats out of the 209 cities surveyed, in the same bracket as European capitals such as Rome, Vienna and Oslo. While other major Dutch cities such as Rotterdam and The Hague are by no means cheap, they do have a lower cost of living than Amsterdam.

Cost of accommodation in the Netherlands

Finding the right accommodation is often a difficult process and the Netherlands is no exception. This is especially the case in large cities, which tend to be on the expensive side. It's much cheaper to live in smaller, rural towns. If expats do decide on city living but have a limited budget, it's best to search for accommodation in the outlying suburbs rather than city centres.

Buying a house in the Netherlands is complicated and is probably done best with an intermediary who can communicate in the expat's home language as well as Dutch. Once the house is bought, the buyer has to get house insurance and will also be responsible for sewerage, refuse and annual housing taxes. Renting a house exempts tenants from these costs as these will be the responsibility of the owner, but utilities are still often an additional expense on top of rent.

Cost of transport in the Netherlands

Public transport in the Netherlands is relatively cheap by European standards. Most of the country's public transport systems work with a chip card which can be used on trains, trams, metros and buses. On the other hand, taxis are expensive. However, there is a service called the deeltaxi – a shared taxi service that's cheaper than a regular taxi, although they usually make several stops along the journey, which can be inconvenient. Several ride-hailing services operate in the Netherlands, which are ordered through a user-friendly app, and are also slightly cheaper than regular taxis.

Cost of education in the Netherlands

Tuition at local schools is free apart from a voluntary contribution. Teaching is usually in Dutch. However, there are also a handful of government-subsidised public schools offering international curricula, with teaching being either bilingual or in English. Some public schools also have the option of a bridging year to allow non-Dutch-speaking children time to pick up the language and adapt before moving into mainstream Dutch schooling.

Private international schools are often the preferred option for families who won't be staying in the Netherlands for the long term, but fees can be high and often don't include extras such as school uniforms, textbooks, bus service and canteen lunches.

Cost of living in the Netherlands chart

Prices may vary depending on product and service provider. The list below shows average prices for Amsterdam in October 2020.

►For more on managing finances, see Banking, Money and Taxes in the Netherlands

"Housing can be expensive; depending on where you live you can end up with a relatively high rent or a high mortgage for what feels like little living space." Read more about living expenses in our interview with Amanda. 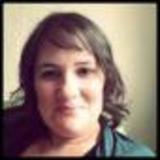 Having lived in Spain for most of my life, moving to the Netherlands was quite a culture shock. Rules, regulations and grey clouds don't exist in the Canary Islands. However now being here three years I am beginning to get used to it! I write a blog focusing on living in the Netherlands and bringing up a multicultural family in an expat country. Follow my blog, Windmill Fields.