Pros and Cons of Moving to the Netherlands

Moving to the Netherlands from a Western culture is on the whole a painless experience. The Dutch strive for an egalitarian society and are known for their liberalism, welcoming religions and traditions from elsewhere. That said, the Netherlands certainly has a rich culture and history of its own, some of which may seem unusual at first. Here are some of the pros and cons of moving to the Netherlands.

Accommodation in the Netherlands

Expats can either rent or buy accommodation in various styles and locations to suit their budget – but it makes sense to live in the city where amenities and new friends will be close by. Though Dutch accommodation can be pricey, especially in major cities, houses and apartments are generally of a high standard.

Apartments in the Netherlands are either furnished, unfurnished or advertised as a shell. Shell apartments may seem like a bargain, but renting one often means having to buy everything, including carpets and white goods. Finally, some rental agencies charge a month’s deposit and a month’s rent as a finder’s fee on top of all the other relocation costs.

Lifestyle in the Netherlands

The country's easy-going café culture and the summer music festivals that pop up in parks and public spaces are ideal for meeting up with friends. There are also well-supported cultural events throughout the year, where museums and galleries open their doors to the public for nominal fees.

The Dutch do like their organised celebrations, but their aftermath can look devastating as the streets overflow with litter – although, to be fair, it’s almost all cleared away before lunchtime the next day.

Safety in the Netherlands

The Netherlands compares favourably to the UK and the USA when it comes to crime statistics. Expats will likely feel secure, and even large football crowds are usually family-friendly and require few police officers. Nevertheless, as with anywhere, there are areas it’s probably best not to hang around at night. New arrivals will find out where these are quite quickly.

Most safety issues in the Netherlands seem to come from bicycles. Cyclists often weave in and out of traffic without safety helmets, and it’s worth bearing in mind that in a collision between a car and a bicycle, the car driver will be held responsible.

Working in the Netherlands

The Netherlands has one of Europe’s lowest rates of unemployment, which, combined with the 30 percent tax-free allowance available to people moving to work in the Netherlands, makes for an attractive work destination. But this allowance is mainly for people with specific skills which are rare within the local labour market.

The Dutch are known for their healthy work-life balance and many people work part-time.

- CON: Not many opportunities for non-EU expats

If a Dutch employer wants to hire someone from outside the EU, they have to prove a Dutch citizen or someone from another EU country can’t fill the position – which is rarely the case.

Culture shock in the Netherlands

Moving to the Netherlands from another Western country hardly feels like culture shock. Almost everyone is tolerant of non-Dutch speakers and speaks English. They also have an inclusive culture that isn’t materialistic.

- CON: Learning to speak the language

While the Dutch are happy to speak English to new arrivals, they’re justifiably proud of their language and expect expats to learn the basics. Dutch seems like a cross between English and German, so many of the words sound familiar, but getting to grips with its guttural "G" sounds can be challenging.

The Dutch are known for their directness, which takes time to feel comfortable with and can be misunderstood as rudeness when it’s more a desire for clarity and understanding.

Healthcare in the Netherlands

Health insurance in the Netherlands is expensive and doesn’t always cover what expats might expect, so it’s important to read the small print. Finding a doctor or dentist after arriving can be difficult and expats may find that dentists don’t offer enough pain relief. Local anaesthetic may cost extra. Doctors’ automated phone systems can also be challenging for non-Dutch speakers – expats may want to note the numbers needed to press to make an appointment and keep them by the phone.

Transport in the Netherlands

+ PRO: A nation of travellers

The Netherlands hosts one of Europe’s busiest airports – Amsterdam Airport Schiphol – and Rotterdam has one of the world’s biggest ports. For a small country, the Dutch do transport on a large scale. The Dutch have long been known as a nation of travellers and it’s easy to see why – most of Europe is easily accessible by car, train or boat, and anywhere else is just a flight away.

Almost everyone uses a bicycle for any journey within a few miles. Embracing this habit will increase expats’ fitness levels while doing their bit for the environment and blending in with the locals. Cars aren’t necessary for city residents and it’s possible to travel throughout the country using its extensive network of trains and buses.

Due to the sheer density of the population, rush hour congestion is common. The usually efficient Dutch trains can be prone to unexpected cancellations, and it’s important to keep bikes chained as theft is widespread. Also, while cycling in the Netherlands is good for fitness, the rain can make it a wet experience.

Weather in the Netherlands

Each of the seasons brings its own magic to the Netherlands. Skaters fill the frozen canals like a postcard during winter. The blooming tulips are an iconic sight in spring and the almost-Mediterranean summers stay light until late. But autumn is best of all, when the turning leaves transform parks and forests into a golden blaze of colour.

Even though it sometimes feels Mediterranean, it isn’t. The Dutch weather changes quickly, especially in the summer.

Shopping in the Netherlands

Independent stores are common in the Netherlands, and shopping at specialist cheese and chocolate shops is a particular treat. The supermarkets are somewhat small, but expats should still find a few of their favourite home brands. Most places host weekly food markets which sell an abundance of fresh produce. Another bonus is that it isn’t necessary to buy bottled water – the Netherlands has some of Europe’s best drinking water.

The restricted opening hours may take a while to get used to. For example, banks and most shops are closed until around noon on Mondays. Most shops close at around 5pm and are open for restricted hours on Sundays. Luckily, large supermarkets in main cities do tend to stay open until 10pm most nights.

►For info on living expenses, see Cost of Living in the Netherlands 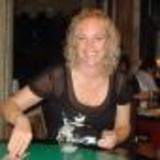 I'm an expat living in Breda in the Nederlands with my own Mr Sunshine, and a hypochondriac Tibetan Terrier- Alfie. I have too much spare time, which I fill by blogging, writing, studying for a degree with the Open University and finding new ways to feel guilty (my lifelong passion). When not fulfilling my main occupations, I walk the streets of Breda with Alfie, meet up with my supportive new expat friends and try to avoid the kitchen. Once in while I take a very expensive trip back to the UK to see my long-suffering family and stock up on Bisto...